Showing posts from November, 2012
Show all

G13 Book Review of Autobiography of Us by Aria Beth Sloss

Name of Book: Autobiography of Us

A gripping debut novel about friendship, loss and love; a confession of what passed between two women who met as girls in 1960s Pasadena, California

Coming of age in the patrician neighborhood of Pasadena, California during the 1960s, Rebecca Madden and her beautiful, reckless friend Alex dream of lives beyond their mothers' narrow expectations. Their struggle to define themselves against the backdrop of an American cultural revolution unites them early on, until one sweltering evening the summer before their last year of college, when a single act of betrayal changes everything. Decades later, Rebecca’s haunting meditation on the past reveals the truth about that night, the years that followed, and t…
Post a Comment
Read more

G12 Brain on Fire: My Month of Madness 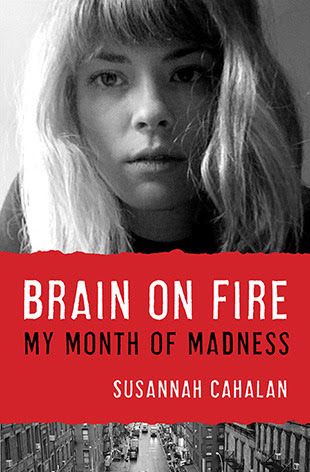 Name of Book: Brain on Fire; My Month of Madness

A gripping memoir and medical suspense story about a young New York Post reporter’s struggle with a rare and terrifying disease, opening a new window into the fascinating world of brain science.

One day, Susannah Cahalan woke up in a strange hospital room, strapped to her bed, under guard, and unable to move or speak. Her medical records—from a month-long hospital stay of which she had no memory—showed psychosis, violence, and dangerous instability. Yet, only weeks earlier she had been a healthy, ambitious twenty-four year old, six months into her first serious relationship and a sparkling career as a cub reporter.

Susannah’s astonishing memoir chronicles the swift path of her illness and the lucky, last-minute intervention led by one of the few doctors capable of saving her life. As weeks ticked by and Susannah moved inexplicably from vi…
6 comments
Read more 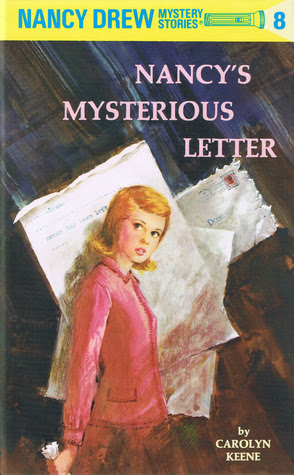 BY mistake Nancy Drew receives a letter from England intended for an heiress, also named Nancy Drew. When Nancy undertakes a search for the missing young woman, it becomes obvious that a ruthless, dangerous man is determined to prevent her from finding the heiress or himself. Clues that Nancy unearths leads her to believe that the villainous Edgar Nixon plans to marry the heiress and then steal her inheritance.

During her investigation Nancy discovers that Nixon is engaged in a racket that involves many innocent, trusting persons. The thrilling hunt for Nixon and the heiress takes Nancy in and out of many perilous situations.

How the teen-age detective saves the British heiress from the sly, cunni…
Post a Comment
Read more

Kenjiro...the ambitious, handsome samurai, who fought the barriers of race and sin that stood between him and the beautiful white "barbarian" he loved.

Elinor...the stunning Englishwoman, caught in a spell of intrigue and violence, enchantment and ecstasy, torn between two ways of life- and love.

Ryo...Kenjiro's sister, who traded a traditional future for a forbidden love and an independent life.

Felix...the proper Victorian, forever loving women he could not truly possess, from the married woman who broe his child to the young Japanese girl he was forbidden to marry.

I couldn't capture or relate to any of the characters in the book. …
Post a Comment
Read more 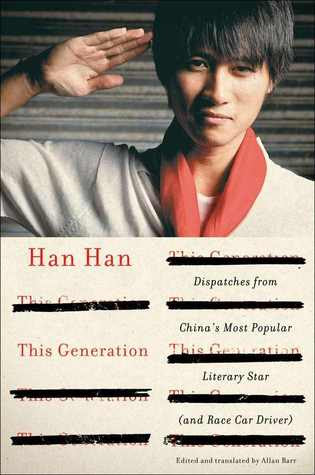 
Name of Book: This Generation: Dispatches from China's most popular Literary Star (and race car driver)

For those who follow Chinese affairs, Han Han is as controversial as they come- an irreverent singer, sports celebrity, and satirist whose brilliant blogs and books have made him a huge celebrity with more than half a billion readers. Now, with this collections of his essays, Americans can appreciate the range of this rising literary star and get a fascinating trip through Chinese culture.

This Generation gathers his essays and blogs dating from 2006 to the present, telling the story of modern China through Han Han's unique perspective. Writing on topics as diverse as racing, relationships, the Beijing Olympics, and how to be a patriot, he offers a brief, funny, and illuminating trip through a complex nation that most Westerners view as marc…
Post a Comment
Read more

The W letter for the author's last name (Weis) alphabetically.

But now dragons have returned to Krynn. The darkness of war and destruction threatens to engulf the land.

Then hope appears- a blue crystal staff in the hands of of a beautiful barbarian woman. The promise of hope, as fleeting as smoke upon the autumn wind, forces a group of long-time friends into the unlikely roles of heroes.

Knight and barbarian, warrior and half-elf, dwarf and kender and dark-souled mage; they begin a perilous quest for-

G11 Book Review of The Book of Why by Nicholas Montemarano

Name of Book: The Book of Why

A novel about an unforgettable love. The Book of Why asks big questions: Is there meaning in signs? Do coincidences matter? Does love ever really have to die?

The answers to these questions are within you- at least that's what writer Eric Newborn said in his mega-best selling books and speeches. But the loss of his wife has left Eric with a failed belief system. In the wake of that trauma, Eric has become a recluse in his home on Martha's Vineyard.

A fan who tracks Eric down brings him back to memories of his wife, leading him closer to her than he'd dreamed he could ever get again. With a breathtaking twist at its end, The Book…
Post a Comment
Read more

G8 Fresh Off the Boat: A Memoir 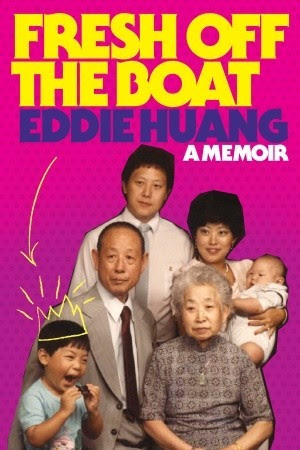 Title: Fresh of the Boat A memoir

Date it will be published: February 2013

Subject matter: Focuses on the story of what it's like living as an Asian American and having to experience racism and whatnot as well as why and how he turned out the way he did.

Special features: Since this is an ARC, none. I would imagine that the published versions will have pictures of him and his family.

What Is The Meaning of This Primary Source?

This is an autobiography of Eddie Huang that charts time from his childhood to the time his restaurant makes it into New York Times. In there he talks about the racism he experienced from the time he was a kid to the impact it had on him on as a teenager and a man. Eddie is only three years older than I and…
Post a Comment
Read more

Future Books:
The Book of Why- Nicholas Montemarano

WARNING: This is a christian book, thus there will be plenty of religion and mention of jesus.


Name of Book:Journeys to Mother Love: Nine Women Tell their Stories of Forgiveness and Healing

Overall theme: "We-the writers of this book- represent four different generations and come from various backgrounds and places. What we have in common in this: We are all mothers and we all have mothers (whether or not they are still living.) For each of us, coming to the place of freely receiving and giving love in the mother-daughter relationship has been a sometimes difficult journey." (9) Pretty much all the stories deal with death as well as rebirth or discovery of rejuvenation.

Common observations: I found the stories to be somewhat confusing. They were well written and brilliant but too short for my taste. Some common things they shared were the secrets, abandonment, and most took place in 1950s to 19…
Post a Comment
Read more

G7 Rin Tin Tin: The Life and the Legend

Name of Book: Rin Tin Tin: The Life and the Legend

He believed the dog was immortal.

So begins Susan Orlean's sweeping, powerfully moving account of Rin Tin Tin's journey from abandoned puppy to movie star and international icon. Spanning almost one hundred years of history, from the dog's improbable discovery on a battlefield in 1918 to his tumultuous rise through Hollywood and beyond, Rin Tin Tin is a love story about "the mutual" devotion between one man and one dog." (Wall Street Journal) that is also a quintessentially American story of reinvention, a captivating exploration of our spiritual bond with animals, and a stirring meditation on mortality and immortality.

Susan Orlean has been a staff writer at The New Yorker since 1992. She is the author of seven books, including Saturday Night and The Orchid Thief, which was made into…
Post a Comment
Read more

The N letter for the beginning title of letter N alphabetically.

The most sprightly and satirical of Austen's novels, Northanger Abbey is both a comedy of manners and a cautionary tale. Written when the author herself was in early twenties, the novel takes for its heroine seventeen-year-old Catherine Morland, a spirited young woman preoccupied with the pleasures of dressing, dancing, and reading sensational novels. When she is on a visit to the fashionable spa town of Bath, Catherine's naive charm makes her prey to the sinister influences of the ambitious Thorpe family. But she is rescued by handsome Henry Tilney for a visit to his ancestral home, Northanger Abbey, where Catherien's choice of reading material comes back to haunt her. The rambling house full of locked doors and the family's mysterious history give rise to dreadful suspicions, and finally only Catherine's sweet nature and good humor can once again rescue her from p…
Post a Comment
Read more
More posts