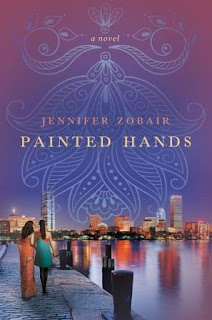 Muslim bad girl Zainab Mir has just landed a job working for a post-feminist, Republican Senate candidate. Her best friend Amra Abbas is about to make partner at a top Boston law firm. Together they’ve thwarted proposal-slinging aunties, cultural expectations, and the occasional bigot to succeed in their careers. What they didn’t count on? Unlikely men and geopolitical firestorms.

When a handsome childhood friend reappears, Amra makes choices that Zainab considers so 1950s—choices that involve the perfect Banarasi silk dress and a four-bedroom house in the suburbs. After hiding her long work hours during their courtship, Amra struggles to balance her demanding job and her unexpectedly traditional new husband.

Zainab has her own problems. She generates controversy in the Muslim community with a suggestive magazine spread and friendship with a gay reporter. Her rising profile also inflames neocons like Chase Holland, the talk radio host who attacks her religion publicly but privately falls for her hard. When the political fallout from a terrorist attempt jeopardizes Zainab's job and protests surrounding a woman-led Muslim prayer service lead to violence, Amra and Zainab must decide what they’re willing to risk for their principles, their friendship, and love.

The Namesake meets Sex and the City in this engaging and provocative debut novel about friendship and the love lives of American Muslim women.

The primary characters included Amra, Zainab, Hayden and Chase. Amra is busy working for a law-firm. She is best described as very sweet, gentle, and other characters love her in one way or the other. I got the impression that she had an awkward friendship with Hayden. Zainab, although she's Muslim, she's very modern and is seen as kind of a black sheep in the community. She works for a Republican Senate candidate and cares little for what others think of her. I got the feeling that she doesn't like for anyone to see her as a weak person, and inside she is very vulnerable. There is also Hayden, who happens to be Amra's co-worker and sort of friend. She is insecure and lonely. I also think she can easily be talked into situations. Chase has sort of a conflict of heart vs work. He comes from an interesting background but happens to be Republican, but he also has a conscience and somehow he and Zainab really grew on me.

Life takes a lot of work

Its written in third person narrative from Amra's, Zainab's, Hayden's and Chase's points of views. The primary characters were Amra, Zainab and Chase, while Hayden played a secondary character. Since I'm not Muslim, I'm not sure of the accuracy, but I have to admit that Muslim-American culture does sound fascinating and its much more than what people think it is. Its not a simple portrait, not black and white, but its all sorts of shades of gray. There is focus on unexpected romances but most is about building and overcoming selves before finding happiness. Only thing I would like is to learn more about Hayden. I found her an intriguing character as well, and I hope that in the future I get to learn more about her. 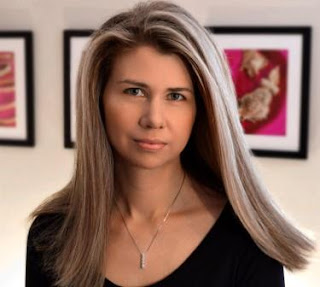 After growing up in the Midwest, Jennifer Zobair headed east to attend Smith College and Georgetown Law School. She has practiced corporate and immigration law in New York and Michigan, and has been a strong advocate for Muslim women’s rights. She is married to a fellow Georgetown Law graduate who happens to be Pakistani-American, which means she knows her cumin from her coriander and that the dry cleaner is lying when he says he can remove that big blob of henna from your favorite white pants. She lives with her husband and three children in New England.

Wow, this is just...wow. I was hesitant on reading this book at first because I'm not a fan of Sex and the City for one. (Tried to watch TV show, but couldn't last ten minutes through it.) I think another reason I was hesitant on reading Painted Hands is the Muslim subject matter. Yet I decided to give it a chance, and boy, I'm glad that I did! Although the official summary mentions this as Sex in the City meeting The Namesake, there are no sex scenes. Instead the author wrote a wonderful and human story of Muslim-Americans and their lifestyle. Just like in other religions, there are different types of Muslims from conservatives to liberals and so forth; there are people converting to the faith too, and most of the focus is on the friendship between Amra and Zainab, as well as the career and family pressures they face in terms of marriage, or hiding things from a guy they are in love with. I expected the story also to be predictable and cheesy, yet it wasn't. I rooted for the most unexpected characters, and I was surprised that I cared a lot for Zainab. The novel is a clash between old world and new, as well as liberal viewpoint vs conservative. I know its too soon to ask, but can there be a sequel for this book please?

Also, a little side note, but my mom loved the book cover.