G259 Book Review of The Contractors by Harry Hunsicker 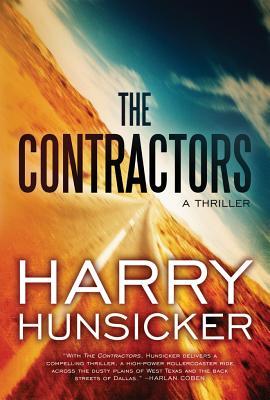 Name of Book: The Contractors

In THE CONTRACTORS (Thomas & Mercer; February 4, 2014), acclaimed thriller writer Hunsicker turns his attention to the shadowy world of private military contractors and the hypocrisies of the War on Drugs, delivering a heart-pounding, complex standalone thriller in the vein of James Ellroy’s Underworld U.S.A. series.

Disgraced ex-Dallas PD officer Jon Cantrell carries a DEA badge, but he’s not a federal agent. Rather, he works for a private contracting company, busting drug shipments along the U.S.-Mexico border for commission. When Cantrell and his partner-slash-lover Piper confiscate the wrong load, they find themselves in possession of a star witness in an upcoming cartel trial, a mysterious piece of hotly sought after scanning equipment, and the ire of the largest criminal cartel in the Americas.

To clear things up and collect their paycheck, all they need to do is deliver the witness, Eva Rodriguez, to the US attorney across the state in Marfa. Except Eva’s got ideas – and pursuers – of her own, and the trio soon find themselves in the crosshairs of an all-out war between the cartel, a group of competing contractors, and a corrupt Dallas police officer with everything to lose.

A fast-paced, action-packed thrill ride into the strange borderlands of the modern global drug trade, THE CONTRACTORS will have you hooked until the explosive final act.

The main character is Jon, a disgraced cop who works for a contracting company. He comes from a line of police officers (his father was one,) and is best described as a loner with a half sister named Tanya who has a lot of mental disorders. Jon's partner is Piper who is best described as rash, good shooter, talented, and has a big heart. There is also Eva Ramirez, a half Mexican half American girl who used to be a party girl and is best described as a troublemaker. In addition to the main characters there is Keith McCluskey who has a drug addiction and is a cop, along with Sinclair who has sinister plans. One of the characters I liked, although she wasn't main or secondary, was Sadie the Preacher's daughter. If I'm not mistaken Sadie is slightly unstable and might have an Oedipus complex.

No one is what they seem.

Its written in both third and first person narrative point of view. When other characters such as Sinclair (primarily) or in some cases the presidential hopeful appear, they speak in third person narrative, while Jon speaks in first person narrative. There is a good amount of suspense as well as sort of a travelogue through Texas thrown in, which I found pretty fascinating, along with descriptions of Dallas. (I have to admit that its pretty cool to have a picture of the places I am familiar with!) The characters are also pretty complex and well drawn as well as memorable. In some areas I did think the story is a little too long, but I was too interested in seeing what will happen to care. Although written by a guy, the book has very strong heroines in terms of Piper and Eva Ramirez. 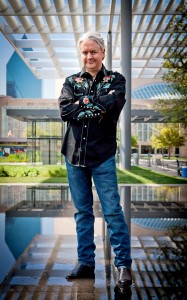 Harry Hunsicker is the former executive vice president of the Mystery Writers of America and the author of three previous novels, crime thrillers set in Texas. His debut novel, Still River, was nominated for a Shamus Award by the Private Eye Writers of America. His short fiction has been nominated for the Thriller Award by the International Thriller Writers and selected for inclusion in The Best American Mystery Stories of 2011, edited by Otto Penzler and Harlan Coben. Hunsicker lives in Dallas, a fourth-generation native of the city. When not writing, he works as a commercial real estate appraiser and an occasional speaker on the creative process.

At the words "Dallas" and "Texas" I was happy to volunteer to read the book. Its actually the first time that I ever read a book that took place in Dallas, Texas and where I was met by familiar names as well as sights and sounds. I couldn't really decide how much of it was fiction and how much of it was true, although when I talked with my friend Jennifer, she enlightened me to an interesting fact; that Houston was the crime and drug city, not Dallas. Although I didn't understand the intricate details or statistics when it related to Jon and Piper's jobs, I did have a good time meeting fascinating characters as well as traveling further and further through Texas and seeing small towns. From what I understood, the story was like this: Piper and Jon are contractors for a company and they're ordered to do a simple job, unaware of how their lives will be. However, a complication arises in the form of Eva Ramirez and both have no choice but to take her to Marfa Texas. Along the way, unpleasant situations and truths reveal themselves in form of Keith McCluskey and the crooked cop. The story is a thriller so if you are looking for violence, cartels, femme fatales and so forth, then by all means pick up this book and enjoy the travel through Texas.