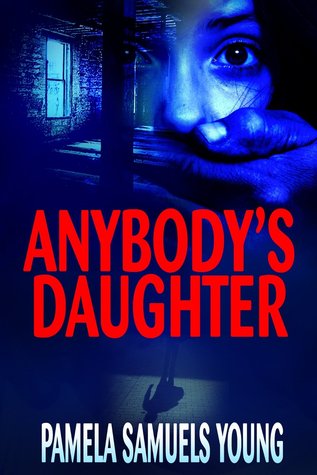 Part of a Series: Angela Evans

Based on the real-life horrors faced by thousands of girls, award-winning author Pamela Samuels Young takes readers deep inside the disturbing world of child sex trafficking in a fast-paced thriller that educates as much as it entertains.

Thirteen-year-old Brianna Walker is ecstatic. She's about to sneak off to meet her first real boyfriend—a boyfriend she met on Facebook. But Brianna is in for a horrifying surprise because her boyfriend doesn't exist. Instead, Brianna unwittingly becomes the captive of a ring of drug dealers- turned-human traffickers who prey on lonely girls from dysfunctional homes. But they’ve made a big mistake in targeting Brianna because she doesn’t meet either of those criteria.

Brianna’s Uncle Dre, a man with his own criminal past, is determined to find the niece who is more like a daughter to him. Rather than sit back and rely on police to bring Brianna home, Dre scours the dark corners of Los Angeles looking for her. He is stunned to learn that the trafficking of children isn’t just happening in other countries. It’s occurring at epidemic levels right in his own backyard.

Dre is not alone in his desperate search. Loretha Johnson knows this world well. A social worker who previously lived “the life,” Loretha now dedicates her time to saving as many young girls as she can find. She turns out to be an invaluable resource for Dre, who ultimately gets a lead on The Shepherd, a mastermind in the trafficking world whose every move is fueled by ego and greed. Dre vows to bring his reign of terror to an end.

While Brianna makes a futile effort to thwart her captors, Dre is getting closer and closer to finding her. The woman he loves, attorney Angela Evans, knows the dangers faced by sexually exploited children because she represents them in juvenile court. Angela lends her moral support and, eventually, an important clue to Brianna’s whereabouts.

As he races against the clock, Dre ultimately comes up with a daring plan—one that puts many lives in danger, including his own. But will he find Brianna before it's too late?

There were both good and bad African-American characters, as well as very strong and determined African-American women who have good connections. Men as well were both good and bad, although they didn't have success as the women. (Angela Evans is an African American lawyer, while Dre doesn't have that.) Yet Dre is portrayed as devoted and determined to get his niece back at any costs. The whole reference to god and jesus kind of kept me from connecting to the characters and from fully liking the book. While its not preachy or anything, I still felt uncomfortable.

Its written in third person narrative from Angela's, Dre's, Briana's and a few minor characters' points of views. I wanted to like it, to be exposed and told something different, but it was a disappointing read as well as predictable. I couldn't like any of the characters, and I also had a disconnect with them. There was a certain unreality in situation, and I think I would have appreciated being told more about the connection between Dre and the villain. 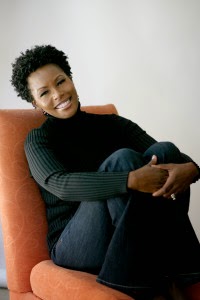 When attorney and author Pamela Samuels Young isn’t practicing law, you can usually find her penning her next legal thriller. Described by one reviewer as “John Grisham with a sister’s twist,” Pamela is an award-winning author of six novels.

Pamela has always abided by the philosophy that you create the change you want to see. Fed up with never seeing women or people of color depicted as savvy, hot shot attorneys in the legal thrillers she read, the Compton native decided to create her own characters. Despite the demands of a busy legal career, Pamela accomplished her ambitious goal by getting up at four in the morning to write before work, dedicating her weekends to writing and even spending her vacation time glued to her laptop for ten or more hours a day. In the process, she discovered her passion.

Her debut novel, Every Reasonable Doubt (2006), won the Black Expressions Book Club’s Fiction Writing Contest, received an honorable mention in the SEAK Legal Fiction Writing Competition and was a finalist for USA Book News’ Best Books of 2006 awards in the mystery, suspense and thriller category. Her second novel, In Firm Pursuit (2007), was honored by Romantic Times magazine as a finalist for Best African-American Novel of 2007. Murder on the Down Low (2008), Pamela’s third release, was an “Editor’s Pick” by Black Expressions magazine and a finalist for the 2009 African-American Literary Awards in the fiction category. The Black Caucus of the American Library Association honored Pamela’s fourth novel, Buying Time (2009), with its 2010 Fiction Award, calling the book “a captivating, suspenseful thriller.” Attorney-Client Privilege (2012) was Pamela’s fifth legal thriller, followed by Anybody’s Daughter (2013), which examines the shocking world of child sex trafficking.

The prolific writer has also penned the short stories Easy Money, featured in the anthology Scoundrels: Tales of Greed, Murder and Financial Crimes (2012) and Setup, selected for the Sisters in Crime anthology, LAndmarked for Murder (2006).

A former journalist, Pamela began her broadcasting career with WXYZ-TV in Detroit and later worked as a news writer and associate producer for KCBS-TV in Los Angeles. Burned out by the news business, Pamela took a big and scary step a few months before her 30th birthday and entered law school—a long-held dream. Pamela currently moonlights as a mystery writer while working full-time as Managing Counsel for Labor and Employment Law for a major corporation in Southern California, specializing in employment law and social media law. Prior to that, she served as Employment Law Counsel for Raytheon Company and spent several years as an associate with the law firm of O’Melveny & Myers, LLP, in Los Angeles.

A graduate of UC Berkeley’s School of Law, Pamela has a bachelor’s degree in journalism from USC and a master’s degree in broadcasting from Northwestern University’s Medill School of Journalism. She formerly served on the Board of Directors of the Los Angeles chapter of Mystery Writers of America and is a diehard member of Sisters in Crime-L.A., an organization dedicated to the advancement of women mystery writers. A graduate of Compton High School, Pamela lives in the Los Angeles area and attends Hope in Christ Community Church in Compton.

Pamela is a frequent speaker on the topics of fiction writing, discrimination law and pursuing your passion. To read an excerpt of Pamela’s books or to schedule her for a speaking engagement or book club meeting via speakerphone, Skype, FaceTime or in person, visit her website atwww.pamelasamuelsyoung.com or email her at authorpamelasamuelsyoung@gmail.com.

First of all thumbs up to the author for bringing the issues of kidnapping young girls and trying to prostitute them to the public eye, as well as the difficulty with the whole race issue along with the effects and how these young girls get treated by everyone. I was pretty shocked by all of that. Unfortunately these are the only positives I can think of that relate to the book. What I personally didn't really like is the cover first of all. This book is obviously about African-American young ladies, yet on the cover there clearly seems to be a scared white female! Although I get that religion and faith are very important, I didn't appreciate of being constantly reminded of it. I also didn't appreciate not being warned that the book is part of a series, and while all of the readers hope for that kind of ending, somehow three weeks isn't enough to achieve it. One of the important loose threads didn't get explained and a lot of it seemed to be sprung up without a warning. All in all, while it has important subject matter, the execution really lacked.

This is for Pump Up Your Books Tour

3 out of 5
(0: Stay away unless a masochist 1: Good for insomnia 2: Horrible but readable; 3: Readable and quickly forgettable, 4: Good, enjoyable 5: Buy it, keep it and never let it go.)
2013 3 Stars Book Review book tour digital reading goodreads Pamela Samuels Young