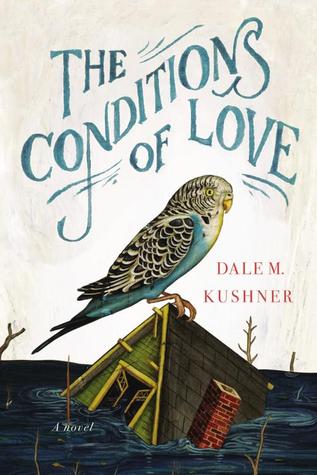 Name of Book: The Conditions of Love

Dale M. Kushner's novel The Conditions of Love traces the journey of a girl from childhood to adulthood as she reckons with her parents' abandonment, her need to break from society's limitations, and her overwhelming desire for spiritual and erotic love. In 1953, ten-year-old Eunice lives in the backwaters of Wisconsin with her outrageously narcissistic mother, a manicureeste and movie star worshipper. Abandoned by her father as an infant, Eunice worries that she will become a misfit like her mother. When her mother's lover, the devoted Sam, moves in, Eunice imagines her life will finally become normal. But her hope dissolves when Sam gets kicked out, and she is again alone with her mother. A freak storm sends Eunice away from all things familiar. Rescued by the shaman-like Rose, Eunice's odyssey continues with a stay in a hermit's shack and ends with a passionate love affair with an older man. Through her capacity to redefine herself, reject bitterness and keep her heart open, she survives and flourishes. In this, she is both ordinary and heroic. At once fable and realistic story, The Conditions of Love is a book about emotional and physical survival. Through sheer force of will, Eunice saves herself from a doomed life.

This engaging examination of a mother and daughter's relationship will appeal to the same audience that embraced Mona Simpson's acclaimed classic Anywhere But Here and Elizabeth Strout's bestselling Amy and Isabelle.

There are various important characters in the book, some that are seen briefly and others that stay around. I honestly don't think there is not an important character in the book. Eunice is the main character who is the only daughter of Mern and Frankie. Eunice has a kind heart, cares for animals and people and doesn't abandon anyone easily. She is also loyal. Mern is a capricious, trendy, selfish bitter woman who seems to care more for herself than for others. In the book I feel that she is there and only provides Eunice financial attention so to speak instead of going farther and being a stereotypical mother. After Mern, Rose appears and she is a loner, lives in a forest and teaches Eunice how to be with nature as well as being independent. She acts as Eunice's real mother, one can say. Then there's Phyllis who already has two children on her own and she teaches Eunice about being a real mother. The male characters include Frankie, Eunice's biological father who's absent and is best described as a dead-beat dad. He constantly breaks Eunice's and Mern's hearts. Mr. Tabachnik who moved to Midwest from Europe after WWII and is Jewish. He acts as a father/grandfather  to Eunice and tries to be a responsible parent. Other characters include Sam Podesta who is Mern's boyfriend and treats both her and Eunice as queens, and then Fox who takes care of Eunice until she returns the favor. If I write anymore about character, I feel that I'll write a novel itself.

The book itself is written in first person narrative completely from Eunice's point of view, and it takes place from 1953 up until 1961, from the time Eunice is a young girl up until she grows to be in her twenties. The story itself is linear although in some cases there were obvious foresights. The story also takes place in Midwest in a small town and I would like a sequel for the book, at least to see Eunice try to become friends and find certain characters. 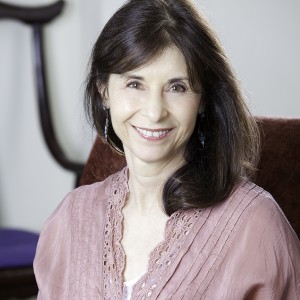 
Dale M. Kushner is a poet and writer. Her work has been widely published in literary journals including IMAGE, Poetry, Prairie Schooner, Salmagundi, Witness, Fifth Wednesday and elsewhere. Her most recent poetry collection More Alive Than Lions Roaring was a finalist for the May Swenson Poetry Award at Utah State Press and The Prairie Schooner Book Competition. In 2010 she was nominated for a Pushcart Prize. Ms. Kushner has studied at the C. G. Jung Institute in Zurich and has an ongoing interest in Buddhism and spiritual life. She lives with her husband in Madison, Wisconsin. The Conditions of Love is her first novel.
Connect with Dale at her website, dalemkushner.com.
Opinion:

I can hardly believe that this the author's debut. The book is very symbolic, well written, engaging and also very detailed. I have to admit that I liked the title of the book a lot, the idea that love brings different conditions, or that it asks a person to be someone else. Its a very unusual book. In the book, love itself manifests in different ways through different characters. The book itself also focuses on different loves that Eunice experiences and how often enough, just because someone is a biological parent, doesn't really mean that they will fulfill the offspring's needs, and also people can get their primary needs fulfilled from different people, not just parents. There is also a great deal of focus on freedom and what it means to become captive and how captivity can kill a person.