G349 Book Review of Naked in Havana by Colin Falconer 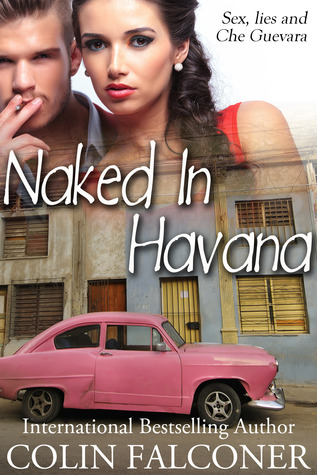 Name of Book: Naked in Havana

Part of a Series: Naked Series

You can’t find love. Love has to find you.

18 year old Magdalena Fuentes is lying naked next to her perfect lover when he tells her he is marrying someone else. It is soon clear her destiny lies with another man, even though she says she doesn’t believe in fate.
But fate doesn’t care whether we believe in it or not...

Havana, 1958. Magdalena Fuentes knows that Angel Macheda is the only man for her, even after he takes her virginity and then tells her he is engaged to someone else. She knows they are meant to be.

So why can she not stop thinking about Reyes Garcia? From the moment I saw you, he says, I knew there would be no one else.

From the moment I saw you, she tells him, I knew you were arrogant, conceited and rude.

Magdalena is a girl who will not let sentiment stand between her and love. But as Fidel Castro’s rebels tighten their grip around the city and she watches her family and her whole life come apart, she learns hard lessons about love and about life.

Against the backdrop of the boleristas and the gangsters, the music and the guns, Magdalena discovers just how dangerous love can be.

In the tradition of Casablanca and Gone With the Wind, the story of Magdalena Fuentes and Reyes Garcia is a sprawling epic of passion and destiny, stretching across three decades and two continents.

The main characters included Magdalena Fuentes, an eighteen-year-old belle of Havana Cuba pre-Communism. Magdalena is best described as extremely confident, fierce, brave, loyal and is ready to fight for everything. Another character is Angel Macheda who is best described as wishy-washy, a coward and often bends down to his family. All he cares about is prosperity and materialism. I guess he's a type of guy that wants to have cake and eat another one. The other character is Reyes Garcia, sort of a Rhett Butler type except he's passionate and much more open about his emotions towards Magdalena. Like Rhett, he accepts bad and good things about himself, doesn't cover himself up and so forth. There is also Papi, Magdalena's father who seems to be in denial about his health and what's going on, as well as Magdalena's piano teacher who is a passionate singer and is going through a one-sided love.

The book is written in first person narrative completely from Magdalena's point of view. Magdalena is a very strong character and the story itself took place in 1958 in Havana Cuba. I don't know much about Cuban history, but I did enjoy learning bits and pieces through this book. The strongest aspects are the characters' personalities which literally jumped from the page into real life, and I also enjoyed the environment it was set in. If there were mistakes, I was too caught up in the story to notice them. 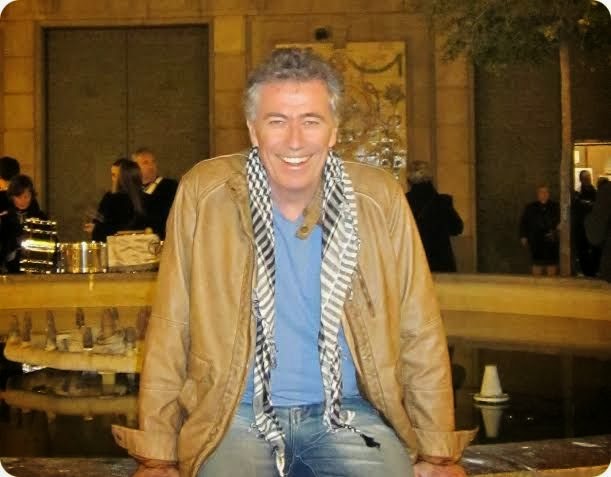 Colin Falconer was born in North London, and spent most of his formative years at school playing football or looking out of the window wishing he was somewhere else.
After failing to make the grade as a professional football player, he spent much of his early years traveling, hitch-hiking around Europe and North Africa and then heading to Asia.
His experiences in Bangkok and India later inspired his thriller VENOM, which became a debut bestseller in the UK and his adventures in the jungles of the Golden Triangle of Burma and Laos were also filed away for later, the basis of his OPIUM series about the underworld drug trade.
He later moved to Australia and worked in advertising, before moving to Sydney where he freelanced for most of Australia’s leading newspapers and magazines, as well as working in radio and television.
He has over 40 books in print. HAREM was an enormous bestseller in Germany and THE NAKED HUSBAND was only kept out of the number one spot in Australia by Dan Brown’s Da Vinci Code. AZTEC stayed on the bestseller lists in Mexico for four months. He is a bestseller in Europe and his work has sold into translation in 23 countries around the world.
He travels regularly to research his novels and his quest for authenticity has led him to run with the bulls in Pamplona, pursue tornadoes across Oklahoma and black witches across Mexico, go cage shark diving in South Africa and get tear gassed in a riot in La Paz. He also completed a nine hundred kilometre walk of the camino in Spain.
He did not write for over five years following personal tragedy but returned to publishing in 2010 with the release of SILK ROAD and then STIGMATA. His historical novel ISABELLA was an Amazon bestseller last year.
His likens his fiction most closely to Wilbur Smith and Ken Follett – books with romance and high adventure, drawn from many periods of history.
His latest book is the romantic suspense, Naked in Havana.
Visit his website at www.colinfalconer.org.

I was really blown away by the book and the story. I'm not familiar with Casablanca (Does netflix have it? Maybe I'll make it a weekend project or something,) but I have read Gone with the Wind countless times. (At least more than four times by my count.) I enjoyed the atmosphere and I have to admit that I loved Magdalena Fuentes and Reyes Garcia, although I felt that the author was trying a little too hard to make Magdalena fall in love. Also, love the cover and the female model seemed to match the description I had of Magdalena (feisty, loyal and ready to fight.) By the way, for those that are intimidated by the size of Gone with the Wind but want to see what the fuss is about, I would recommend in reading this book and at least seeing the characters of Scarlett and Rhett in a different locale as well as in a much shorter book. I do hope I'll have the chance of reading the other two books in Naked Series.


This is for Pump Up Your Book 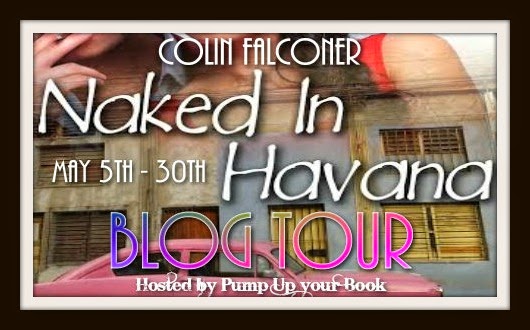 4 out of 5
(0: Stay away unless a masochist 1: Good for insomnia 2: Horrible but readable; 3: Readable and quickly forgettable, 4: Good, enjoyable 5: Buy it, keep it and never let it go.)
2013 4 stars Book Review book tour Colin Falconer goodreads Paper Form