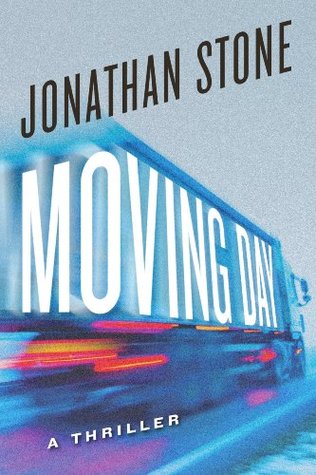 Forty years’ accumulation of art, antiques, and family photographs are more than just objects for Stanley Peke—they are proof of a life fully lived. A life he could have easily lost long ago.

When a con man steals his houseful of possessions in a sophisticated moving-day scam, Peke wanders helplessly through his empty New England home, inevitably reminded of another helpless time: decades in Peke’s past, a cold and threadbare Stanislaw Shmuel Pecoskowitz eked out a desperate existence in the war-torn Polish countryside, subsisting on scraps and dodging Nazi soldiers. Now, the seventy-two-year-old Peke—who survived, came to America, and succeeded—must summon his original grit and determination to track down the thieves, retrieve his things, and restore the life he made for himself.

Peke and his wife, Rose, trace the path of the thieves’ truck across America, to the wilds of Montana, and to an ultimate, chilling confrontation with not only the thieves but also with Peke’s brutal, unresolved past.

I have a hard time describing the characters, but will do my best: Stanley Peke is a Holocaust survivor and is Jewish, although he doesn't care much about his religion. Simply put, he is determined to get his stuff back, or is determined to make life for him come full circle. His wife, Rose, seems to paradoxically know him and not know him, (yes, that's on purpose...) at least I couldn't understand if she knew him. Nick is a thief who also had a difficult life and childhood.

It really made me pay attention to my writing, and how different it is from the author's. I do wonder why my writing isn't as frustrating as the author's, and the conclusion I came upon is that I'm not a repeat-a-holic.

The book is written in third person narrative mostly from Nick's and Peke's points of view, although Peke's wife and few others also make their appearances. At first I thought the point of view alternated with every chapter, that is 1st, 3rd, 5th are from Peke's, while 2nd, 4th, 6th, etc are from Nick's. But then the point of view switched without a warning and repetition ensued. If you can ignore the writing style, then the story becomes interesting, but since I wasn't able to, the story wasn't as good. 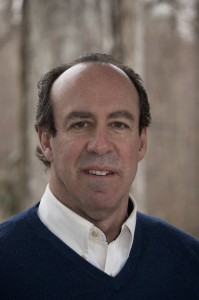 Jonathan Stone writes his books on the commuter train from his home in Connecticut to his advertising job in midtown Manhattan. Honing his writing skills by creating smart and classic campaigns for high-level brands such as Mercedes-Benz, Microsoft, and Mitsubishi has paid off, as Stone’s first mystery-thriller series, the Julian Palmer books, won critical acclaim and was hailed as “stunning” and “risk-taking” in Publishers Weekly starred reviews. He earned glowing praise for his novel The Cold Truth from the New York Times, which called it “bone-chilling.” He’s the recipient of a Claymore Award for Best Unpublished Crime Novel and a graduate of Yale, where he was a Scholar of the House in fiction writing.
Opinion:

I'm sorry but no, I didn't like this book. I admit that it has some promise and the story is intriguing, but the writing style is a huge reason why I didn't like the book. I admit that when I write stories, I have a similar writing style, but I tend to repeat things once or twice and its not even per paragraph. The author repeats the same thing over and over per sentence and per paragraph. I will give sample paragraphs from the book, thus imagine seeing repetition over and over until you're done with the book.

"So she is consigned, for the moment, to the role of the waiting wife. Her husband is in the middle of a project. Not repairing a toilet, or a window shade, or a garage-door opener, but trying to repair their life. It's a dangerous project-dangerous in direct proportion to the degree he tries to pretend otherwise. After fifty years of marriage, she knows his techniques, and she knows at least that." (112)

"The loss of their things. Yes, she is shocked. She will always be shocked by it, in some sense. But her relative silence about the event is not from that. It is from an inherent paradox that she finds difficult to digest. On the face of it, it's not a paradox; it's reasonable: while she knows and genuinely believes that it all means nothing-all this stuff- she nevertheless wants it all back. Of course. That's fine. But then it immediately deepens for her, into a paradox both of existence and of feeling, that hangs over her, ceaselessly, at every moment." (113)


This is for TLC Book Tour