G322 Book Review of The Sense of Touch by Ron Parsons


Name of Book: The Sense of Touch 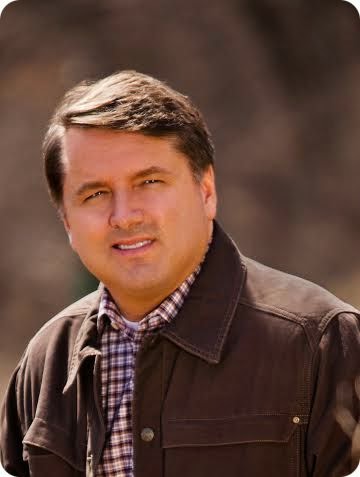 About the Author:
(From the tour kit)


RON PARSONS is a writer living in . Born in and raised in , he was inspired to begin writing fiction in while attending the . His short stories have appeared in many literary magazines and venues, including The Gettysburg Review, Indiana Review, Storyville App, The Briar Cliff Review, Flyway, and The Onion. His debut collection of stories, THE SENSE OF TOUCH, was released by Aqueous Books in 2013.
You can visit his website at http://ronparsonswriter.com/ or  http://www.aqueousbooks.com/author_pages/24_parsons.htm.

Sprung from the variously lush, rugged, and frozen emotional landscapes of the north country, this luminous collection of stories captures the progress of a diverse ensemble of souls as they struggle to uncover themselves and negotiate a meaningful communion, of any kind, with the world around them. A brilliant but troubled Bangladeshi physics student searches for balance, acceptance, and his own extraordinary destiny after his father disappears. When a Halloween blizzard immobilizes Minneapolis, a young woman is forced to confront the snow-bound nature of her own relationships and emotions. During an excursion to an idyllic swimming hole hidden in the Black Hills, two old friends unexpectedly compete for the affections of an irresistible, though married, Lakota woman. Like a mythical expedition to reach the horizon or the quest to distill truth from the beauty around us, the revelation confirmed by these imaginative stories - elegant, sometimes jarring, always wonderfully absurd - is that the very act of reaching is itself a form of touch.

“The quiet plains of the North Country serve as a perfect backdrop for Parsons’ moving debut, a collection of short stories whose characters often live deeply solitary, if not always lonely, lives.”

Written in first person narrative, about a South Asian student named Naseem Sayem who is having family troubles as well as an interesting sense of humor, thus he decides to do so something daring and unforgettable. Narrated from a former friend of his.

Written in third person narrative from Waylon Baker's  and Evie Lund's points of view. Waylon recounts his life and mentions that Evie has decided to leave him, while Evie decides to contact him just because and the two meet and come to terms with their desires and needs, at least Evie does.

3. The Sense of Touch

In first person narrative, an unnamed male student arrives at a university and recounts the tale of Julie, a girl he likes as well as the lessons he got from a fiction writing class from a teacher named Vonda and the impact she had on him and others.

In third person narrative, Daniel Hopewell visits a friend of his, Ed, who happens to be blind from an accident. Ed is giving sanctuary to a woman of Lakota ancestry whom he falls in love with, while she doesn't seem to reciprocate his feelings.

5. As Her Heart Navigated

Written in third person narrative from Haley's point of view. Haley is dating a guy named Clint, but she really doesn't like him. On a winter's day, Haley helps clean the car from the snow and meets a woman named Greta whom she saves later on and comes to an important realization about her relationship.

Told in first person narrative from a man's point of view about recalling his twin brother named Adam as well as a little about the family.

The story is told in third person narrative from Virgil's point of view. Virgil's friend asks him to be a role model for his grandson, but Virgil refuses while his girlfriend Chantel encourages him to do it. In order to do that, Virgil has to overcome his own fears.

8. Be Not Afraid of the Universe

I think the stories I liked were Hezekiah Number Three plus A Sense of Touch. There is something poetic and beautiful about them, although I'm not sure what the overall message should have been.

The Sense of Touch Tour Page: 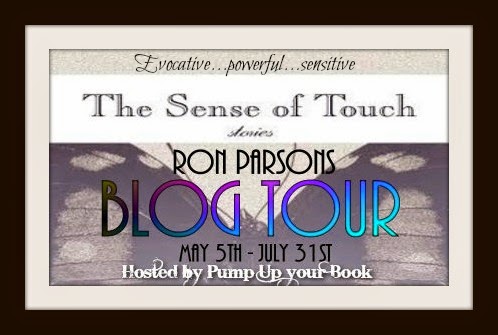 3 out of 5
(0: Stay away unless a masochist 1: Good for insomnia 2: Horrible but readable; 3: Readable and quickly forgettable, 4: Good, enjoyable 5: Buy it, keep it and never let it go.)
2013 3 Stars Anthology Book Review book tour Paper Form Ron Parsons