G347 Book Review of Love and Treasure by Ayelet Waldman 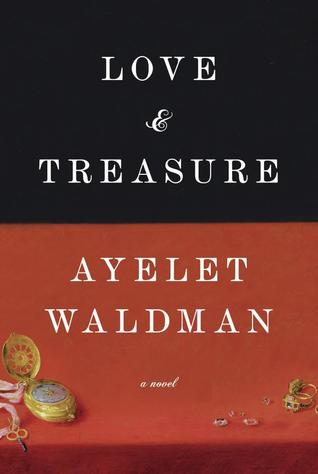 Name of Book: Love And Treasure

A spellbinding new novel of contraband masterpieces, tragic love, and the unexpected legacies of forgotten crimes, Ayelet Waldman’s Love and Treasure weaves a tale around the fascinating, true history of the Hungarian Gold Train in the Second World War.

In 1945 on the outskirts of Salzburg, victorious American soldiers capture a train filled with unspeakable riches: piles of fine gold watches; mountains of fur coats; crates filled with wedding rings, silver picture frames, family heirlooms, and Shabbat candlesticks passed down through generations. Jack Wiseman, a tough, smart New York Jew, is the lieutenant charged with guarding this treasure—a responsibility that grows more complicated when he meets Ilona, a fierce, beautiful Hungarian who has lost everything in the ravages of the Holocaust. Seventy years later, amid the shadowy world of art dealers who profit off the sins of previous generations, Jack gives a necklace to his granddaughter, Natalie Stein, and charges her with searching for an unknown woman—a woman whose portrait and fate come to haunt Natalie, a woman whose secret may help Natalie to understand the guilt her grandfather will take to his grave and to find a way out of the mess she has made of her own life.

A story of brilliantly drawn characters—a suave and shady art historian, a delusive and infatuated Freudian, a family of singing circus dwarfs fallen into the clutches of Josef Mengele, and desperate lovers facing choices that will tear them apart—Love and Treasure is Ayelet Waldman’s finest novel to date: a sad, funny, richly detailed work that poses hard questions about the value of precious things in a time when life itself has no value, and about the slenderest of chains that can bind us to the griefs and passions of the past.

There are a lot of characters, so I'll try my best: In the first part the main characters include Jack Wiseman and Ilona who is a Concentration Camp survivor. Ilona is tough, hopeful, and is very cynical. She also is seeking a purpose. Jack Wiseman is from New York and is Jewish by blood. His family isn't very religious and when he goes to help with the Hungarian Gold Train, he has to come face to face with what it means to be a Jew. He does his best to help those he loves and is a very tough yet vulnerable man. The second part deals with Natalie and Amitai. Natalie is Jack's granddaughter who is seeking a purpose, while Amitai is some sort of art historian that takes care of art with little fuss. Amitai is a Syrian Jew which kind of means that he is distanced from Holocaust and the effects it had on European Jewry. In the third part, the main characters include Dr. Zobel and Nina. Dr. Zobel worships Sigmund Freud, I believe, and has very old fashioned views when it comes to changes, while Nina desires to be free and to be a doctor against her family's wishes.

Each story has a different theme: the first one is what it means to be a Jew; the second story includes values of valuables and selling culture, while the third one reflects on sacrifices made by women.

"In the end the real wealth of the Hungarian Jewish community had not been packed in crates and boxes and loaded onto that train. What is the value to a daughter of a single pair of Sabbath candlesticks passed down from her mother and grandmother before her, generation behind generation, for a hundred, even a thousand, years? Beyond price, beyond measure. And what of ten thousand pairs of similar candlesticks, when all the grandmothers, mothers, and daughters are dead? No more than the smelted weight of hte silver. The wealth of the Jews of Hungary, of all Europe, was to be found not in the laden boxcars of the Gold Train but in the grandmothers and mothers and daughters themselves, in the doctors and lawyers, the grain dealers and psychiatrists, the writers and artists who had created a culture of sophistication, of intellectual and artistic achievement. And that wealth, everything of real value, was all but extinguished." (330-331)

The book is written in third person narrative from Jack's and  Amitai's points of view, while in third part, the psychologist, Dr. Zobel speaks in first person narrative. What I find intriguing is that the narrators were all men; we get very little information and feelings of women throughout the story. The women are all strong and talented and are able to withstand catastrophes. 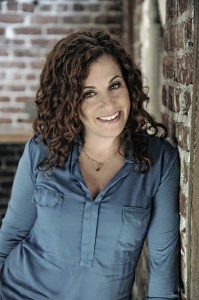 Ayelet Waldman is the author of the forthcoming Love and Treasure (Knopf, April 2014), Red Hook Road and The New York Times bestseller Bad Mother: A Chronicle of Maternal Crimes, Minor Calamities and Occasional Moments of Grace. Her novel Love and Other Impossible Pursuits was adapted into a film called “The Other Woman” starring Natalie Portman. Her personal essays and profiles of such public figures as Hillary Clinton have been published in a wide variety of newspapers and magazines, including The New York Times, Vogue, The Washington Post, and The Wall Street Journal. Her radio commentaries have appeared on “All Things Considered” and “The California Report.” Her books are published throughout the world, in countries as disparate as England and Thailand, the Netherlands and China, Russia and Israel, South Korea and Italy.

I can't resist books with Jewish themes and I was pretty happy to get it and start reading it. The story is very enjoyable and it sucked me in deeply where I wondered how it will all come together? Minus the third story, one with Nina and psychologist, I enjoyed the first two stories. The book starts off in 2013 where Jack gives his granddaughter a mysterious necklace and then we go back to 1945 where Jack travels to Hungary and does his best to guard the stolen treasures. The second story is in 2013 where Natalie tries to trace the history of the woman who owned the necklace, while the third story is about the mysterious owner. The third story is awkwardly spaced in my opinion, and I keep thinking that if the third story was second instead, I would have enjoyed it more. If, for example, we start off in 1945 then go back to 1913 and then to 2013, it would have been a far more interesting narrative. The first part also shocked me a whole lot and sickened me as well; I was shocked at the callousness of people wanting personal stuff from the train, as well as how non-Holocaust Jews saw those who went through Holocaust. Also some loose ends were left unraveled and I really did want to know what happened to one of the characters.