G386 Book Review of The Virtues of Oxygen by Susan Schoenberger 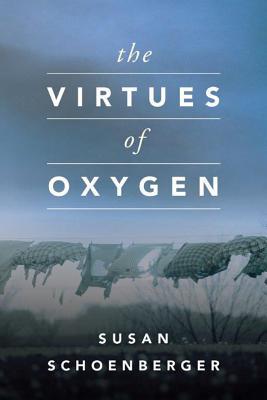 Name of Book: The Virtues of Oxygen

From the award-winning author of "A Watershed Year" comes a heartrending story of unlikely bonds made under dire straits. Holly is a young widow with two kids living in a ramshackle house in the same small town where she grew up wealthy. Now barely able to make ends meet editing the town's struggling newspaper, she manages to stay afloat with help from her family. Then her mother suffers a stroke, and Holly's world begins to completely fall apart.

Vivian has lived an extraordinary life, despite the fact that she has been confined to an iron lung since contracting polio as a child. Her condition means she requires constant monitoring, and the close-knit community joins together to give her care and help keep her alive. As their town buckles under the weight of the Great Recession, Holly and Vivian, two very different women both touched by pain, forge an unlikely alliance that may just offer each an unexpected salvation.

Vivian is a woman who has contracted polio at an early age and has spent almost all her life in an iron lung. Yet despite that limitation, she is human, admirable and strong. She is not built up as an angel, which is a reason I liked her. She too has regrets and anger during her life of being confined, yet somehow she gets to be ahead of everyone else. I really liked and admired her. Holly is a widow who has two sons and is one of Vivian's volunteers. She comes from a wealthy family but due to recession she finds herself floundering and is best described as fish out of water. She tries to do what she can, including relying on some family members, but I guess she started thinking ahead too late in my opinion.

I would guess that most important lesson could be in how much our lives are like Vivian's iron lung when you really think about it, as well as importance of money and how we are all tied to it.

The story is written in third person narrative from Holly's point of view, although there are some chapters about Vivian's life from the time she contracted polio and ended up in an iron to brief episodes of her life while being stuck in an iron lung. The book and story strike me as pretty realistic because Holly worries a lot about how to support herself and her two boys as well as paying bills, keeping a roof over their heads, paying for boys' activities and lessons and so forth. Along with those worries are worries about bills. The author does a really good job on focusing minute details as well as creating a feeling of stress and worry during these difficult times. The reason for four stars is that not enough time was spent getting towards the end. 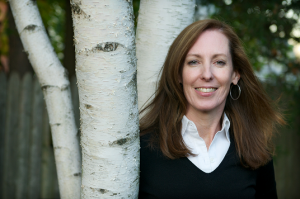 Susan Schoenberger is the author of the award-winning debut novel A Watershed Year. Before turning her attention to writing fiction, she worked as a journalist and copyeditor for many years, most recently at The Hartford Courant and The Baltimore Sun. She currently serves as the director of communications at Hartford Seminary and teaches writing classes at the Mark Twain House in Hartford. She lives in West Hartford, Connecticut, with her husband and three children.
Connect with Susan at her website, susanschoenberger.com.
Opinion:

This is seriously a good book that I can imagine everyone enjoying it. For those that are seeking a book where romance doesn't play a huge role in the story, then this is the right book. The story focuses a lot on friendship, lives and recession as well as community that Holly and her family live in. It's a very poignant and sad story of lost dreams and ambitions as well as doing the best in a given situation. I also got curious about the iron and had to look it up to see what it was. It's shocking that some people spent their entire lives in it. I could guess that iron lung can be symbolic for life or for routine or even for society. The book isn't really typical and a lot of heavy issues are raised and briefly touched upon.