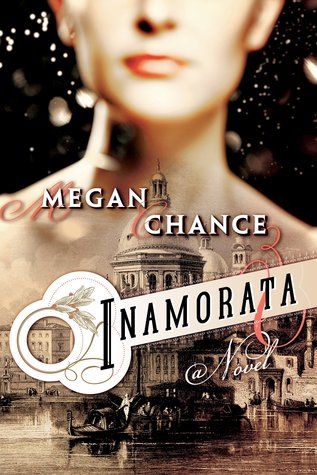 American artist Joseph Hannigan and his alluring sister, Sophie, have arrived in enchanting nineteenth-century Venice with a single-minded goal. The twins, who have fled scandal in New York, are determined to break into Venice’s expatriate set and find a wealthy patron to support Joseph’s work.

But the enigmatic Hannigans are not the only ones with a secret agenda. Joseph’s talent soon attracts the attention of the magnificent Odilé Leon, a celebrated courtesan and muse who has inspired many artists to greatness. But her inspiration comes with a devastatingly steep price.

As Joseph falls under the courtesan’s spell, Sophie joins forces with Nicholas Dane, the one man who knows Odilé’s dark secret, and her sworn enemy. When the seductive muse offers Joseph the path to eternal fame, the twins must decide who to believe—and just how much they are willing to sacrifice for fame.

There are four important characters, and just to let the reader know, incest between Sophie and Joseph is very heavily hinted, although beyond kisses its not shown. Odile Leon is a famous courtesan who has been alive for over 200 years. She has always hungered for fame, for something more than ending up like her mother, which she has received. Personality wise, she is intelligent, well conversed, cynical and regretful of what she has no choice but to do. Nicholas Dane is a former poet who used to be Odile's lover and had his talent sucked out by her. Once he learns of her nature, he is on her trail, determined to defeat her and win his talent back. Sophie and Joseph Hannigan are orphaned twins who have lived through darkness and hell, and its heavily possible that they are lovers, or else that there is very uncomfortable elements going on. Sophie always defers to her brother, depending on him to uphold her, and in beginning of the story she takes care of the practical matters such as finding a place to live in. She also has low self-esteem and doesn't really see herself the way her brother does. Joseph is charismatic, kind of a psychic, has abundance of talent in painting and is heavily in love with Sophie, unable to let her go unless an element forces him to do so. He also doesn't seem to see Sophie as a separate being.

I'm not sure of the lesson, but what I found the most interesting are the questioning of gender roles in the story, that of women either being passed over or passive, and of men being active and aggressive and outshining the women.

The story is told in first person narrative from Odile's, Sophie's and Nicholas's points of view. The author does name the chapters after the characters that are speaking, and the plot is pretty fascinating, as well as the issues it raises up, that of balance, completeness, how women are to act as models instead of being more active, and also the supernatural element is unique, which will be a relief to people who are sick and tired of being haunted by vampires. 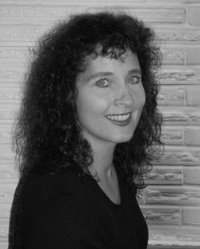 Megan Chance is a critically acclaimed, award-winning author of historical fiction. Her novels have been chosen for the Borders Original Voices and IndieBound’s Booksense programs. A former television news photographer and graduate of Western Washington University, Chance lives in the Pacific Northwest with her husband and two daughters.

For some odd reason, when I saw the cover, it really reminded me of The Great Gatsby by F. Scott Fitzgerald. (Have to admit that I love the cover.) I think the vein that the author and story have tried to go into was sort of Anne Rice like, at least in terms of Sophie and Joseph, but despite the darkness and descriptions, I had a hard time buying into the atmosphere, and I tend to enjoy darker books. I'm really unsure of why the book didn't really grab me as I had hoped. I would guess that I feel the charismatic twins didn't really capture the chemistry of relationship, that is I didn't feel the chemistry buzzing around them. I also think that from beginning, the story felt very similar to The Color of Light by Helen Maryles Shankman. I didn't notice the length because the characters were all well done and were memorable as well.