Showing posts from October, 2014
Show all

G452 The Gossamer Years: The Diary of a Noblewoman of Heian Japan 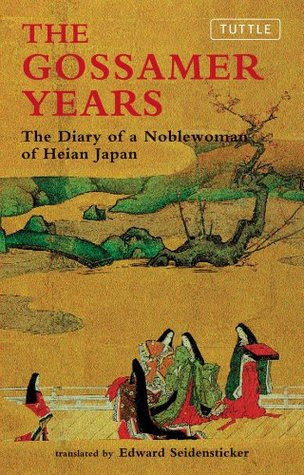 Title of the book:The Gossamer Years; The Diary of a Noblewoman of Heian Japan

Kagero Nikki, translated here as The Gossamer Years, belongs to the same period as the celebrated Tale of Genji by Murasaki Shikuibu.

This remarkably frank autobiographical diary and personal confession attempts to describe a difficult relationship as it reveals two tempestuous decades of the author's unhappy marriage and her growing indignation at rival wives and mistresses. Too impetuous to be satisfied as a subsidiary wife, this beautiful (and unnamed) noblewoman of the Heian dynasty protests the marriage system of her time in one of Japanese literature's earliest attempts to portray difficult elements of the predominant social hierarchy. A classic work of early Japanese prose, The Gossamer Years is an important example of the development of Heian literature, which, at…
Post a Comment
Read more 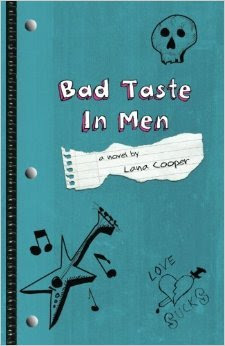 Have you ever felt like even Mother Theresa has got more game than you?
If you have, you'd be in the same boat as geeky, awkward metalhead Nova Porter.

Bad Taste In Men follows Nova from her prepubescent years through young adulthood and her attempts at getting dudes to dig her.

Juggling self-esteem issues, small town outsider status, and questionable taste in guys, Nova is looking for love in all the wrong places - like the food court at the mall. Nova's circle of friends and her strange(ly) endearing family more than make up for what her love life lacks.

Along the way, Nova alternately plays the roles of hero and villain, mastermind and stooge; picking up far more valuable life lessons than numbers for her little …
Post a Comment
Read more 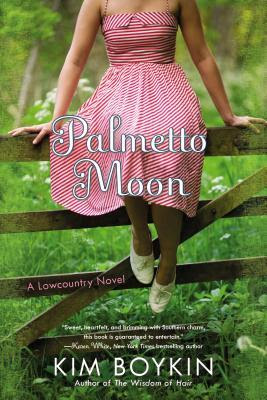 June, 1947. Charleston is poised to celebrate the biggest wedding in high-society history, the joining of two of the oldest families in the city. Except the bride is nowhere to be found…Unlike the rest of the debs she grew up with, Vada Hadley doesn’t see marrying Justin McLeod as a blessing—she sees it as a life sentence. So when she finds herself one day away from a wedding she doesn’t want, she’s left with no choice but to run away from the future her parents have so carefully planned for her.  In Round O, South Carolina, Vada finds independence in the unexpected friendships she forms at the boarding house where she stays, and a quiet yet fulfilling courtship with the local diner owner, Frank Darling. For the first time in her life, she finally feels li…
Post a Comment
Read more

October 29, 2014
Hello,
The book tour for Palmetto Moon by Kim Boykin will be posted later on today. Thanks for your understanding!
Post a Comment
Read more

Cover Reveal for Book 3 of Publicist

It's finally here, the long-awaited sequel to The Publicist! CLIMAX by Christina George is the final installment in the series. It comes in two parts:


Here is the Bundled set version:


About the Book
Release date: December 15, 2014. You can pre-order now!
Kate Mitchell has never forgiven herself for breaking Nick Lavigne’s heart. Now he’s back and he’s moved on, and it’s affecting Kate’s life more than she’s willing to admit.
Kate Mitchell has everything. She's the head of a crazy successful publishing house, engaged to the traffic-stopping sexy Mac Ellis and she's about to sign one of the biggest authors of her career.
And that's when everything falls apart.
Everything is perfect…until it’s not.
In a city of 8 million people Kate manages to run into someone she never expected to see again.
Nick is handsome, impossibly kind, every girl’s dream, and Kate’s former fiancé. He’s also the brother of the rising star author she’s trying to sign. Now that Nick’s bac…
Post a Comment
Read more 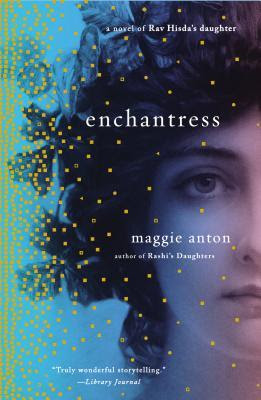 Part of a Series: Rav Hisda's Daughter Apprentice is the prequel

Fantastic tales of demons and the Evil Eye, magical incantations, and powerful attractions abound in Enchantress, a novel that weaves together Talmudic lore, ancient Jewish magic, and a timeless love story set in fourth-century Babylonia.

One of the most powerful practitioners of these mysterious arts is Rav Hisda’s daughter, whose innate awareness allows her to possess the skills men lack. With her husband, Rava--whose arcane knowledge of the secret Torah enables him to create a "man” out of earth and to resurrect another rabbi from death--the…
Post a Comment
Read more 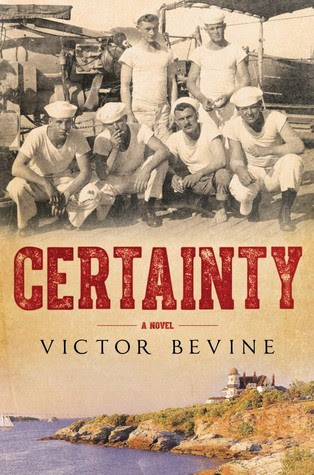 As the First World War draws to a close, the population of Newport, Rhode Island, seems to double overnight when twenty-five thousand rowdy seamen descend on the Naval Training Station. Drinking, prostitution, and other depravities follow the sailors, transforming the upscale town into what many residents ---including young lawyer William Bartlett, whose genteel family has lived in Newport for generations --- consider to be a moral cesspool.

When sailors accuse a beloved local clergyman of sexual impropriety, William feels compelled to fight back. He agrees to defend the minister against the shocking allegations, despite facing dire personal and professional consequences. But when the tri…
1 comment
Read more 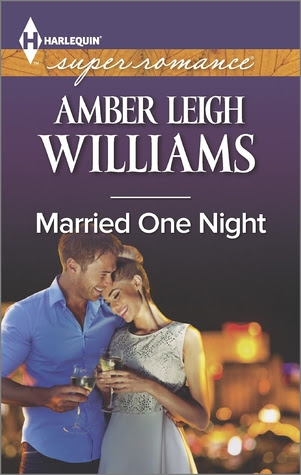 Name of Book: Married One Night

What happened in Vegas…followed her home!

Olivia Lewis is not the marrying type. So when a wild weekend in Vegas leaves her with a surprise husband, she's happy to sign anything to erase her mistake—even if that mistake is handsome, charming and comes with an English accent. Fortunately, her groom has other plans.

Bestselling author Gerald Leighton knows he can make his new bride fall in love with him—he just needs time. In exchange for a quickie divorce, Olivia grudgingly gives him a few weeks to attempt to woo her. And whether Olivia likes it or not, Gerald plans on using every second to win her heart!

For More Information
Married One Night is available at Amazon.Pick up your copy at Barnes & No…
Post a Comment
Read more 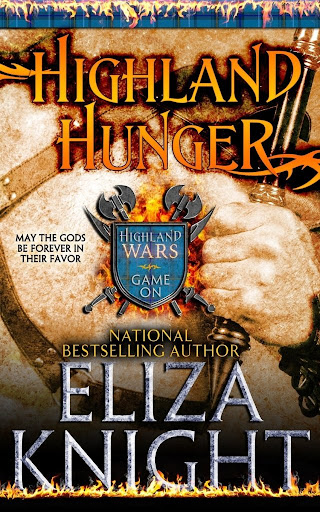 An unclaimed land in the Scottish isles is ruled by the male and female victors in a series of war games every five years. Named Chief and Lady of the land, they rule the vast holding, and protect the people by divine right, until the next game begins.

After her brother's death Ceana is named laird. The only way for her clan to survive the ravages of the Highlands is to join in the war games. Bastard son of a powerful earl, Macrath is placed in the games by his vengeful stepmother. He must survive for the ultimate retribution.

Ceana can't afford to like the formidable, captivating, Highlander who seems to be following her, and yet she can't seem to walk away. Macrath wants nothing more than to protect the enchanting warrior lass, but doing so may get in the way of his need for revenge. What starts out as a race to survive turns int…
Post a Comment
Read more

Book Spotlight for Secrets of Casanova 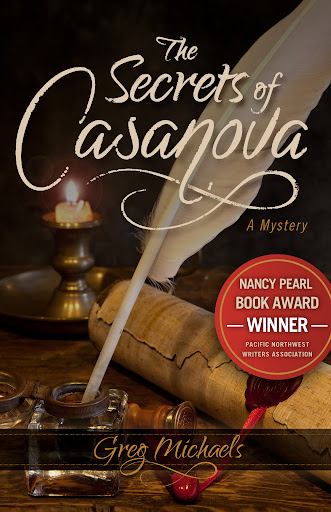 Please join author Greg Michaels as he tours with HF Virtual Book Tours for The Secrets of Casanova, from October 13-24.

Loosely based on the life of Jacques Casanova, The Secrets of Casanova is a rich, lush novel of love, sex, family, ambition, intrigue, and adventure. Set in Paris of 1755, Casanova's luck is fading and his past is shoving up against his present with potentially disastrous consequences. What price must he pay to uncover a treasure of inestimable value? What hearts must he break along the way? Casanova's will and destiny collide again and again in this riveting historical fiction that brings to light a man of great passion and not a few secrets.

Praise for The Secrets of Casanova
“A Shakespearean actor with a flair for the dramatic and a superb ear for dialogue, Michaels's debut nove…
Post a Comment
Read more 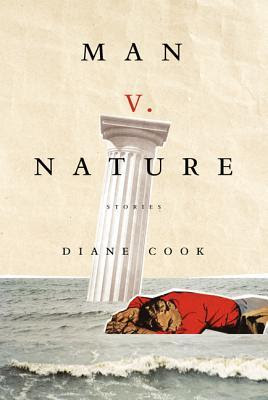 A refreshingly imaginative, daring debut collection of stories which illuminates with audacious wit the complexity of human behavior, as seen through the lens of the natural world

Told with perfect rhythm and unyielding brutality, these stories expose unsuspecting men and women to the realities of nature, the primal instincts of man, and the dark humor and heartbreak of our struggle to not only thrive, but survive. In “Girl on Girl,” a high school freshman goes to disturbing lengths to help an old friend. An insatiable temptress pursues the one man she can’t have in “Meteorologist Dave Santana.” And in the title story, a long fraught friendship comes undone when three buddies get impossibly lost on a lake it is impossible to get lost on. In Diane Cook’s perilous worlds, the quotidian surface conceals an unexpected surreality that illuminates different facet…
2 comments
Read more

Negative Thoughts occur impulsively in every single one of us. They just pop up in our heads as part of our internal dialogue or mind chatter. How you deal with your Negative Impulsive Thoughts (NITs) will have huge effects on your physical health, success in life and emotional happiness – so your health, wealth and happiness are at stake!

Everyone has experienced thoughts of self-doubt, self-criticism and lack of self-confidence. These NITs can also keep you awake at night, create unnecessary guilt, regret or just make you feel bad in general. Other people also generate negative thoughts and comments that can dramatically impact your emotional state. Therefore, controll…
Post a Comment
Read more
More posts