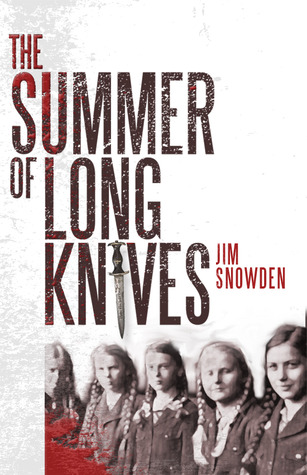 Name of Book: The Summer of Long Knives

In the summer of 1936, the racial and political climate in Munich are growing tense, and Kommisar Rolf Wundt and his wife Klara are increasingly desperate to leave Nazi Germany while they still can. But when a member of the League of German Girls is found brutally murdered and posed in the yard of a dilapidated farmhouse, Rolf's supervisor declares that they can't leave until he's solved the case. Rolf's investigation leads him from the depths of the underground Communist movement to the heights of Germany's elite Nazi society, exposing the cracks in Germany's so-called unified society as well as the unspoken tensions in Rolf's complicated marriage. Ultimately, long-buried secrets and overwhelming evidence are laid bare, but how can Rolf bring the killer to justice in a country devoid of justice? And how can he protect himself, his wife, and his former lover from the barbarism of a corrupt and power-hungry government?

The main characters of Rolf and Klara is very drawn out and memorable, although I feel that other secondary characters need more fleshing out because I did have some difficulty in recalling who's who. Rolf is good at what he does as well as surviving within this stringent atmosphere. There is something human and vulnerable about him that made him very likable. All he cares about is the true justice instead of using scapegoats and he's not prejudiced towards marginalized groups. Klara is his wife, a talented psychologist who desires to get out of Germany and who is more of a career woman and has no desire of ever becoming a mother, about which she's constantly hounded by everyone. Klara also has medical training and seems to have a major impact on Rolf's thoughts and ideas. Secondary characters, besides Anika and Weissengel, need a bit more fleshing out.

The quote I will mention is one that sickened me, but I feel its important to write it in here. [This is hitler speaking, and yes I lower cased his name on purpose.] "What you've told me... makes me sick at heart. Not so much the killing of the Jewish girls, of course....but to kill German girls, young girls, the future mothers of our Reich...what kind of fiend is this man?" (291)

The story is in third person narrative from Rolf's point of view. I can't recall if other characters were given their own point of view or not. My favorite parts of the book included Rolf's and Klara's relationships and how well matched they seemed together. I also would love to see them in a sequel if possible. I also liked to learn a bit about the nazi culture from non-Jewish point of view, from basically someone who happens an ordinary citizen and just wants to do the right thing, although someone like that feels a bit too idealized during that time and place. 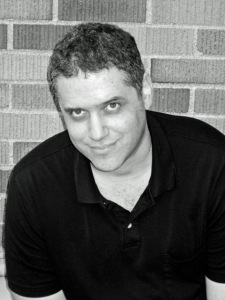 Bellevue author Jim Snowden has published short stories in Pulphouse, Mind In Motion, The Seattle Review, The King’s English, and MAKE.His novella, Escape Velocities, was named a 2004 notable story by the editors of StorySouth. Jim received his MFA from the University of Washington in 2004, where he won the David Guterson award for his work on his debut novel,Dismantle the Sun. He also runs a small press, MMIP Books, which published its first short story collection, Coming Unglued: Six Stories About Things Falling Apart, in May of 2011. Its second collection, Blood Promises, And Other Commitments was released in April of 2013.

I've had an array of mixed emotions while reading the book: first is the fact that it's seen from the Germans's point of view in 1936, three years before the start of WWII and of Germany desiring "living space" from Poland and Ukraine. (I'm a third generation removed from horrors of Holocaust who majored in history and learned more than I wanted to about Jewish horrors throughout the 2,000 years.) I also recalled the time when I was in Holocaust Media and Representation and we watched a movie about how concentration camps were formed on the Swiss mountains and the fact one of the murders was trying to be portrayed as sympathetic, well, that's what at first Rolf felt like to me. I also felt sickened when I even saw so many nazi high official names in beginning of the first few chapters. However, as the story moved on and I started to see both Rolf and Klara as multifaceted individuals, I began to see the relevance of this book in modern times. At the first glance it does become intriguing as to what this book might have in common with today, but it has plenty, believe it or not. One of the major things that it has in common with today is high official crimes versus the marginalized group, how hard it is for disadvantaged people to get the help they need, and how, despite the almost seventy years WWII ending, these themes are repeated even today. Why not five stars then? I have to ask for maybe a glossary to all the German ranks that are used in the book, because I honestly had no idea what most of them were.