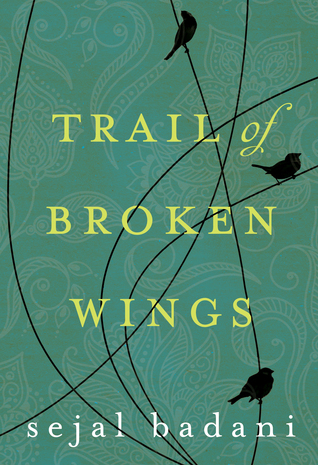 When her father falls into a coma, Indian American photographer Sonya reluctantly returns to the family she’d fled years before. Since she left home, Sonya has lived on the run, free of any ties, while her soft-spoken sister, Trisha, has created a perfect suburban life, and her ambitious sister, Marin, has built her own successful career. But as these women come together, their various methods of coping with a terrifying history can no longer hold their memories at bay.

Buried secrets rise to the surface as their father—the victim of humiliating racism and perpetrator of horrible violence—remains unconscious. As his condition worsens, the daughters and their mother wrestle with private hopes for his survival or death, as well as their own demons and buried secrets.

Told with forceful honesty, Trail of Broken Wings reveals the burden of shame and secrets, the toxicity of cruelty and aggression, and the exquisite, liberating power of speaking and owning truth.

The main characters are the women: Ranee is the mother that is seen as weak by both her husband and daughters. She hides truths and secrets for a long time and is reluctant to release them. There is also Marin the eldest who is married to an Indian man named Raj and has a teenage daughter named Gia. Marin is obsessed with image and competition in life and places more importance on these things than she should. Gia is Marin's teenage daughter with her own wishes and secrets and she seems to understand things in black and white. Trisha is the middle the daughter who is seen as special by her father and wasn't beaten up like her mother and sisters. Despite that, she has to deal with issues of infertility and building up a perfect life that wealthy people live. The last daughter, Sonya, is the youngest and is a traveler and refuses to come back home until their father falls into a coma. Sonya is bent on surviving rather than embracing life and sees herself as someone weak and flawed.

There are no clear cut answers in life

The story is told from four characters' point of view; the three daughters and a mother. The youngest daughters, Trisha and Sonya are from first person narrative, and Marin and the mother, Ranee are in third person narrative. The book and the story are slow and exploratory rather than quick, and in the book there are no clear cut answers and no clear cut causes, as much as we want them to exist within these stories. The last quarter or so of the story needs to be reworked a bit to match up to the previous 75 percent, but other than that, prepare to be blown away and shocked. 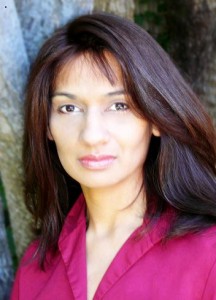 Sejal Badani is a former attorney. She currently lives on the West Coast with her family and their two dogs.

Its interesting to note that prior to reading this book, I've read Moonlight on Butternut Lake which is also about abuse. Unlike Moonlight on Butternut on Lake though, Trail of Broken Wings has far more reaching consequences that shape people inside and out. Along with that element is how abuse is handled and seen in South Asian culture (Indian). In many ways its not an easy book to read because the author takes her time exploring the four main characters and how abuse affected them, although I do feel that the end is wrapped up a little too neatly, and there are parts where I felt the story has slowed down and I did enjoy the language and comparisons, I feel that at times there was a little too much of them. Upon writing about the characters and thinking more deeply about the book, I realize that it seems to share a lot of things in common with Diamond Head by Cecily Wong, but the difference between the two is that the male character is seen through the myriad women's eyes, and in this one, its the women that get the spotlight instead of the male character.