This unforgettable debut novel asks us to look up from our screens and out at the world...and to imagine what life would be like with no searches, no status updates, no texts, no Tweets, no pins, and no posts

Evie Rosen has had enough. She's tired of the partners at her law firm e-mailing her at all hours of the night. The thought of another online date makes her break out in a cold sweat. She's over the clever hashtags and the endless selfies. So when her career hits a surprising roadblock and her heart is crushed by Facebook, Evie decides it's time to put down her smartphone for good. (Beats stowing it in her underwear--she's done that too!)

And that's when she discovers a fresh start for real conversations, fewer distractions, and living in the moment, even if the moments are heartbreakingly difficult. Babies are born; marriages teeter; friendships are tested. Evie just may find love and a new direction when she least expects it, but she also learns that just because you unplug your phone doesn't mean you can unplug from life.

The main characters include Evie Rosen who seems to be a bitter woman and who also lives and breathes on her blackberry and her job. I am positive that she intended to represent a lot of modern day people of today in that she envies others, isn't happy with her life and the way its going, and doesn't have time or space to really breathe. Although we get to be with her all this time, its really difficult to describe her personality or motivations. There is also Evie's grandmother from Eastern Europe who wants for Evie to settle and have a family as well as friends such as Stasia, Paul, Caroline, and Tracy. Because pretty much all of them are introduced in the first chapter within mere pages of one another, it was difficult for me to recall a lot of information about them, but here goes: Paul and Marco are a gay couple who recently got married and seem to be living happily ever after. Stasia is Evie's friend who can be considered blueblooded in terms of having a family line that goes to Mayflower. She and her husband have a perfect marriage and life. Tracy is another of Evie's friends who is pregnant but seems to be on the happy side with a creative husband, while Caroline is Evie's friend who happens to be married to a much older and wealthier gentleman.

Its impossible to get away from technology.

The story is written in third person narrative from Evie's point of view. Despite the size (about 400 pages,) its very readable and memorable and the reader becomes very curious about how everything will be for Evie. Despite the readability and the engaging writing style, I think I had some trouble with understanding characters, and I also had trouble picturing as a multidimensional character that others profess her to be. Some revelations and compliments seem out of the blue for her. In beginning, I felt the writing was chaotic and had trouble identifying the characters. I also would have appreciated some technology rules that Evie has created, like what is she allowed to use and what she is not allowed to use. Is she okay with texting or not really? What about cell phones? Can she use that? 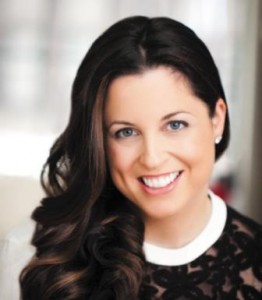 Elyssa Friedland attended Yale University, where she served as managing editor of the Yale Daily News. She is a graduate of Columbia Law School and subsequently worked as an associate at a major firm. Prior to law school, Elyssa wrote for several publications, including Modern Bride, New York magazine, Columbia Journalism Review, CBS MarketWatch.com, Yale Alumni Magazine, and Your Prom. She grew up in New Jersey and currently lives in New York City with her husband and three young children.
Find out more about Elyssa at her website, and connect with her onTwitter and Facebook.

While reading the story, I had a strong feeling that it will end up similar to Read Bottom Up which I've read and reviewed previously on the blog, but while it is similar, it seems to be, different too, and it underscores of how reliant on technology we all have become, while Read Bottom Up seemed to me a lesson of importance of not to rely on technology too much. I can imagine that many in mine generation will read the story and start squirming of some of the things that Evie does. Yes I am guilty of doing some of the things that Evie does and have paid the price of doing them. While I enjoyed the lessons that the book imparted as well as the writing style, I do think that it could have been done better, especially towards the end, or maybe it could have been more connected with one another, the epilogue and the final chapter. Besides that, a perfect and breezy read if you're looking for something like that.