Showing posts from October, 2015
Show all

G653 Tiger Heart; My unexpected adventures to make a difference in Darjeeing, and what I learned about fate, fortitude, and finding family...half a world away 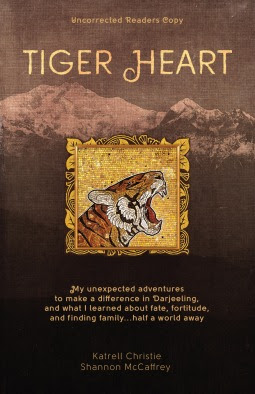 Title of the book: Tiger Heart; My unexpected adventures to make a difference in Darjeeing, and what I learned about fate, fortitude, and finding family...half a world away

Katrell Christie was a thirty-something artist turned roller-derby rebel who opened a tea shop in Atlanta. Barely two years later, her life would make a drastic change--and so would the lives of a group of girls half a world away.

I chose the name of my tea shop—Dr. Bombay's Underwater Tea Party—because it sounded whimsical. India wasn't part of the equation. Not even remotely. I didn't do yoga. I had no deep yearning to see the Taj Mahal or tour Hindu temples. Indian food? I could take it or leave it.

Yet on a whim, Katrell did go. She witnessed the throngs at the Ganges River, toured the tea fields of Darjeeling, and helped string pearls in conservative Hyderabad. But it was in a crowded Bud…
1 comment
Read more 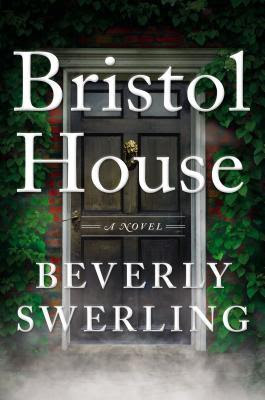 In the tradition of Kate Mosse, a swiftly-paced mystery that stretches from modern London to Tudor England

In modern-day London, architectural historian and recovering alcoholic Annie Kendall hopes to turn her life around and restart her career by locating several long-missing pieces of ancient Judaica. Geoff Harris, an investigative reporter, is soon drawn into her quest, both by romantic interest and suspicions about the head of the Shalom Foundation, the organization sponsoring her work. He’s also a dead ringer for the ghost of a monk Annie believes she has seen at the flat she is subletting in Bristol House.

In 1535, Tudor London is a very different city, one in which monks are being executed by Henry VIII and Jews are banished. In this treacherous environment of religious persecution, Dom Justin, a Carthusian monk, and a goldsmith known as the Jew of Holb…
Post a Comment
Read more

First Impressions: G107 The Boxer Rebellion and the Great Game in China 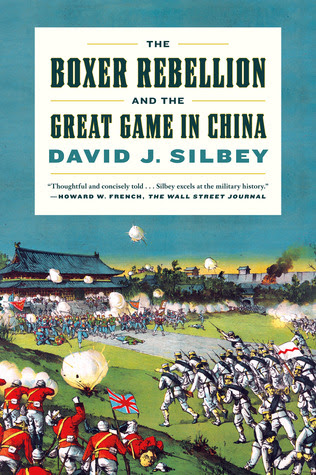 Name of Book: The Boxer Rebellion and the Great Game in China

The year is 1900, and Western empires are locked in entanglements across the globe. The British are losing a bitter war against the Boers while the German kaiser is busy building a vast new navy. The United States is struggling to put down an insurgency in the South Pacific while the upstart imperialist Japan begins to make clear to neighboring Russia its territorial ambition. In China, a perennial pawn in the Great Game, a mysterious group of superstitious peasants is launching attacks on the Western powers they fear are corrupting their country. These ordinary Chinese--called Boxers by the West because of their martial arts showmanship--rise up seemingly out of nowhere. Foreshadowing the insurgencies of our rece…
Post a Comment
Read more

First Impressions: G105 The Short, Strange Life of Herschel Grynszpan: A Boy Avenger, a Nazi Diplomat, and a Murder in Paris 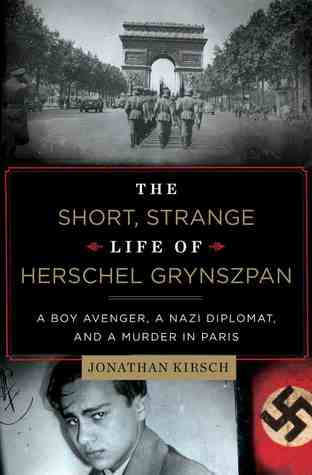 Name of Book: The Short, Strange Life of Herschel Grynszpan: A Boy Avenger, a Nazi Diplomat, and a Murder in Paris

On the 75th anniversary of Kristallnacht comes this untold story of a teenager whose act of defiance would have dire international consequences.

On the morning of November 7, 1938, Herschel Grynszpan, a desperate seventeen-year-old Jewish refugee, walked into the German embassy in Paris and shot Ernst vom Rath, a Nazi diplomat. Two days later vom Rath lay dead, and the Third Reich exploited the murder to unleash Kristallnacht—its horrific campaign of terror against Germany’s Jewish citizens in a bizarre concatenation of events that would rapidly involve Ribbentrop, Goebbels, and Hitler himself. Bestselling author Jonathan Kirsch brings to light this wrenching story, reexamining the historical details and moral dimensions of one of World War II’s most enigmatic cases…
Post a Comment
Read more

First Impressions: G88 The Review of The Curtain by Patrick Ord 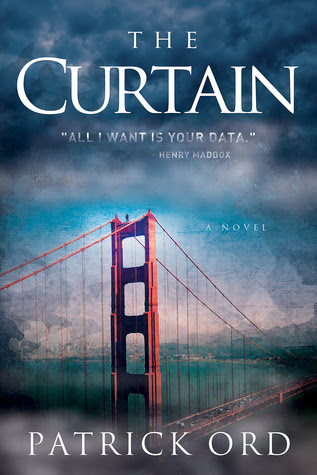 Name of Book: The Curtain

THE CURTAIN – A NOVEL SYNOPSIS:

Have you met Henry Maddox? He knows you — not personally of course… he really only knows your data. But from that data he actually may know you better than you think you know yourself. Henry knows where you’ve been and what you’ve bought. He knows all of your friends. Henry not only knows your behaviors, he understands your tendencies. And from those tendencies, he can predict what you’re going to do before you’ve actually done it.

Who is Henry Maddox? He is a 21st century marketing consultant and he specializes in highly personal and irresistibly persuasive advertising.

First Impressions: G74 The Review of The Cost of Courage by Joseph Cordaro 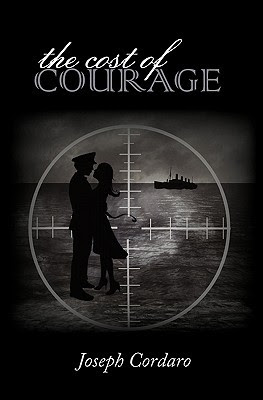 Name of Book: The Cost of Courage

Emily Courtland is a strong and determined woman. But, she will need all of her strength and courage when her husband returns from war.

Naval hero, Lieutenant Commander Charles Courtland, is tormented by terrifying memories of battle and is being destroyed by the severe psychological aftereffects of battle.

The ugly wounds to his body are healing. But the uglier scars on his mind are forcing him to fight the nightmarish demons he cannot speak of.

Emily sees her family being crushed by her husband's erratic and delusional behavior. Most especially, and mysteriously, it is their young son Brent who bears the brunt of his father’s irrational treatment. For the boy it has reached the point of physical abuse.

Emily is forced to choose between standing by the ill husband she loves, and protecting their child from him.

First Impressions G73 The Review of Refuge by N.G. Osborne 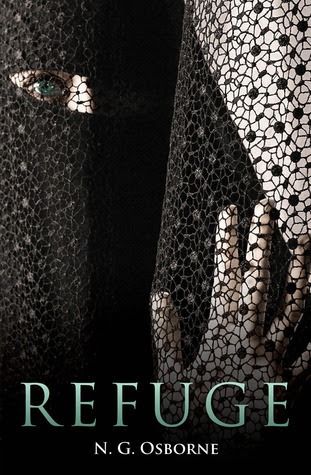 On a dusty, sweltering night, Noor Khan, a beautiful, headstrong Afghan refugee, comes face-to-face with Charlie Matthews, a brash, young American aid worker. To Noor's fury, Charlie breaks every cultural norm and pursues her. She wants nothing to do with him: her sole aim in life is to earn an overseas scholarship so she can escape the miseries of the refugee camps.

However when Noor's brother threatens to marry her off, she is forced to seek refuge in Charlie's home, of all places, and suddenly everything Noor believes in is put into question.

Set in the mystical and seething city of Peshawar, where no one is without an agenda and few can be trusted, Refuge is a timeless and unforgettable love story about the struggle for love and purpose in a cruel and cynical world.

From the first few pages, I can tell that it will be an unrealistic m…
Post a Comment
Read more

Book Review for Tree of Souls The Mythology of Judaism by Howard Schwartz Book 2 Part 5.15 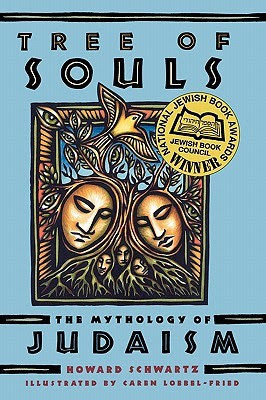 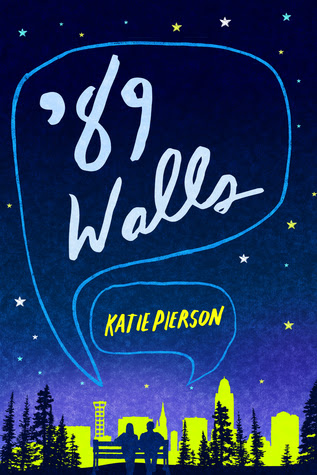 In Part II Asian Male and White Female Novels, I have given some examples of some of the particular in depth Asian male novels and white female novels that I have read and enjoyed. It has been three years since I published that article and a lot more books with that particular topic were published and discovered. I have thought long and hard on how to separate the books I have discovered and ones I have talked about. I think I will do five AM/WF novels/short stories per article. This article will contain five novels, few where, unfortunately, AM/WF couples either play a small or secondary role or where attraction isn't reciprocated or where they seem to be more of jerk (I'm lookin at you, '89 Walls!) Here are the novels:

The Queen of Sparta-T.S. Chaudhry 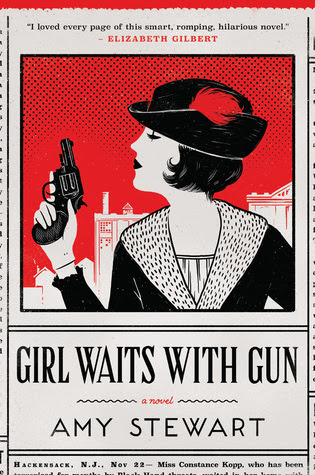 From the New York Times best-selling author of The Drunken Botanist comes an enthralling novel based on the forgotten true story of one of the nation’s first female deputy sheriffs.

Constance Kopp doesn’t quite fit the mold. She towers over most men, has no interest in marriage or domestic affairs, and has been isolated from the world since a family secret sent her and her sisters into hiding fifteen years ago. One day a belligerent and powerful silk factory owner runs down their buggy, and a dispute over damages turns into a war of bricks, bullets, and threats as he unleashes his gang on their family farm. When the sheriff enlists her help in convicting the men, Constance is fo…
Post a Comment
Read more
More posts