G647 We had a job to do; a basic history of world war ii through the eyes of those served 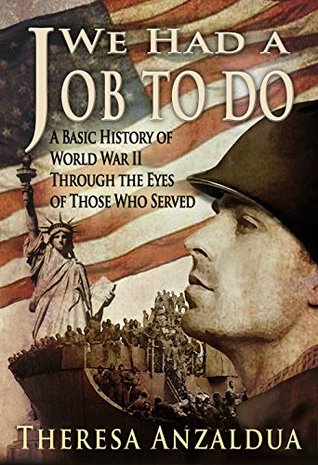 Title of the book: We had a job to do; a basic history of world war ii through the eyes of those served

This heartfelt tribute to World War II veterans is history that reads like fiction.

Follow a soldier who fought on Patton's Third Army and who landed on Omaha Beach at 9.a.m. on D-Day; a female Army Air Forces nurse who made helping veterans her life's work; a fighter pilot who flew with the African-American unit known as the Tuskegee Airmen and who was on one of the two teams that won the first Top Gun meet after the war; a guard in a top-secret intelligence base outside of Washington, D.C. where top german weapons scientists were interrogated; a female aircraft mechanic who served int he Navy and is still active in veterans affairs seventy years later; a gunner on a B-17 heavy bomber who was shot down and spent fourteen months in German prison camps; an airman in General Curtis LeMay's 20th Air Force, the unit that dropped the atomic bombs, and more.
Get to know some of the patriots who served in World War II.

The author is a graduate of the University of Michigan, Ann Arbor, B.A. (English Literature and Philosophy) and M.A. (Philosophy) and Harvard Law School, J.D. Her mother served in World War II in the U.S. Army, her father served in the war in the U.S. Navy, her maternal uncle served in the war in the British Marines Commandos and fought in Normandy on D-Day, and another maternal uncle was killed in a training accident in Texas while serving in the U.S. Army. Her grandfather was wounded fighting for Britain in World War I. 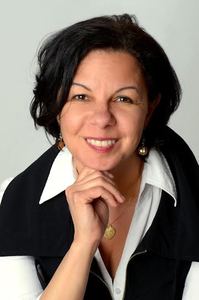 The author is a graduate of the University of Michigan, Ann Arbor, B.A. (English Literature and Philosophy) and M.A. (Philosophy) and Harvard Law School, J.D. Her mother served in World War II in the U.S. Army, her father served in the U.S. Navy, her maternal uncle served in the war in the British Marines Commandos and fought in Normandy on D-Day, and another maternal uncle was killed in a training accident in Texas while serving in the U.S. Army. Her grandfather was wounded fighting for Britain in World War I.

Like other reviewers stated, this is a simple basic history of America's role in WWII. Yes, America's role. The author rarely, if ever, focuses on deeds from Asia or other European countries. Also in my opinion, this is also perfect for elementary school students of European and African-American ancenstry, and if I should have children, I will definitely use that with them to at least give them basics of America in WWII. While I did enjoy it, I did have a few things to nitpick about it. One of the things is that America did know about concentration camps. Yes, look at movies from 1930s, look at the infamous Charlie Chaplin's movie about Hitler. There was knowledge of concentration camps even back then. (Eerily enough, Charlie Chaplin's movie foreshadowed the doom for the world. Scary, and it was made way before 1941.) Another thing is that while it was cool that the author made sure men and women made pages of the story, I think I would have liked it more if there would have been at least one or two Jewish men/women as well as people from other ethnicities as well. Also, I really wish the author would have expanded on this particular paragraph, because I don't really understand it, and I come from the persecuted religion. "While it is widely believed that Hitler found Jewish people to be another inferior race, an alternative school of thought is that Hitler saw Jewish people not as inferior but as a threat. Hitler realized that the religious teachings of Judaism contradicted and thus threatened the basic notion he was promoting, that some "races" such as Germans, were superior." (30) What confuses me is that it sounds as if Hitler thought Jews would take over the world and be peacemakers, and that everyone would abandon christianity. Perhaps on my own I will mention more about this topic, but getting back to the review, a very simple and elementary history book that gives recognition to men and women in different roles and branches of the military and what they have done for America.