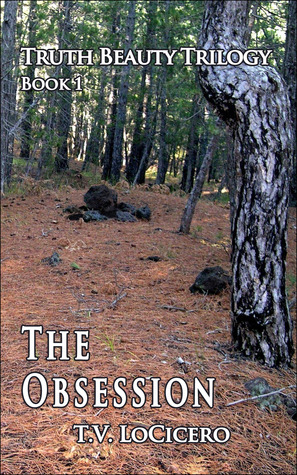 Name of Book: The Obsession

At a conference in Italy’s lake district, American graduate student Stanford Lyle is enchanted with Lina Lentini, a lovely Italian professor of comparative lit. And when she lectures for a term at his mid-Michigan university, she considers a fling with Stan—until she meets John Martens, a professor, author and Stan’s mentor. In her passionate affair with John, Lina becomes Stan’s obsession, a hated nemesis for John’s troubled wife, and the object of a vicious series of attacks aimed at destroying her reputation.

Lina loves the line from Keats, “Beauty is truth, truth beauty,” even as her life fills with duplicity. John is pledged to do the right thing with his wife but often does not. And Stan surprises himself with the depth of his own perversity.

Forced back to her home in Bologna, Lina begins to reset her life. Then Stan appears on her doorstep. When John joins them, Stan schemes, threatens and stalks the lovers, first under the city’s ancient porticoes and finally to the legendary Sicilian mountain town of Taormina with a shocking confrontation on the slopes of volcanic Mt. Etna.

The first chapter was lightning fast, not enough time to figure out what's going on and so forth. I think if the reader wants something lightning quick and what seems to be too many comparisons, then they might enjoy the story, but if they're not into that (and for the most part I'm not into it,) then they won't enjoy it.

I am sorry but I don't think I'll be reading and reviewing the book.

This was given to me by the author

2 out of 5
(0: Stay away unless a masochist 1: Good for insomnia 2: Horrible but readable; 3: Readable and quickly forgettable, 4: Good, enjoyable 5: Buy it, keep it and never let it go.)
2 Stars 2012 Book Review digital reading First Impressions given by author goodreads T.V. LoCicero