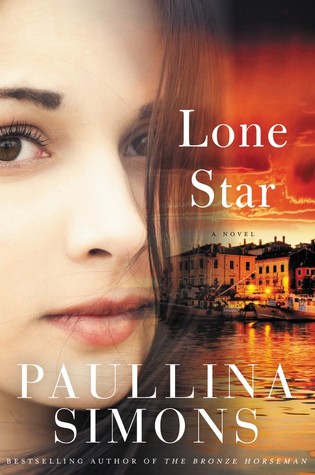 From the bestselling, acclaimed author of Tully and The Bronze Horseman comes the unforgettable love story between a college-bound young woman and a traveling troubadour on his way to war—a moving, compelling novel of love lost and found set against the stunning backdrop of Eastern Europe.

Chloe is just weeks away from heading off to college and starting a new life far from her home in Maine when she embarks on a great European adventure with her boyfriend and two best friends. Their destination is Barcelona, but first they must detour through the historic cities of Eastern Europe to keep an old family promise.

Here, in this fledgling post-Communist world, Chloe meets a charming American vagabond named Johnny, who carries a guitar, an easy smile—and a lifetime of secrets. From Treblinka to Trieste, from Karnikava to Krakow, from Vilnius to Venice, the unlikely band of friends and lovers traverse the old world on a train trip that becomes a treacherous journey into Europe’s and Johnny’s darkest past—a journey that jeopardizes Chloe’s plans for the future and all she ever thought she wanted.

But the lifelong bonds Chloe and her friends share are about to be put to the ultimate test—and whether or not they reach Barcelona, they can only be certain that their lives will never be the same again.

A sweeping, beautiful tale that mesmerizes and enchants, Lone Star will linger long in the memory once the final page is turned.

Okay, main characters include Chloe, Hannah, Blake, Mason and Johnny Rainbow. Chloe is biracial with a fifth generation Chinese-American mother and an American father. I have to say that she is a very vague character and I couldn't really make sense of her, despite other characters describing her. All I got from the book is that she's extremely insecure about her appearance and her relationship with Mason, she's well-read and intelligent and holds everything in. Hannah is Chloe's "best" friend who comes from a negligent home and is allowed to do whatever she can. She makes a lot of big mistakes and is resentful and jealous of Chloe. Blake is Hannah's boyfriend and he is adventurous, not afraid of trying anything new, but he is also ignorant of the relationship dynamics as well as what is going on with Hannah. Mason is definitely a strange guy because he is constantly obsessed with going into churches, is extremely handsome and popular with the ladies. The trip, I fear, revealed very little of his personality. I also wish that the twist that is revealed about him would have went another way instead of the predictable way. Last but not least, who can forget Johnny Rainbow? He is a male equivalent to Mary Sue because he's perfect and talented at everything, (not kidding. The dude got into numerous colleges, is excellent at surviving in the wilderness, and often acts as an omniscient god to Chloe's group.) The only flaws he has are drugs and his extremely rebellious personality.

No idea what it should have been, probably that love is unexpected

Perhaps 89 percent of the story is written in third person narrative from Chloe's point of view, while the 11 percent was in first person narrative from Blake's, Mason's and Hannah's points of view. Considering the circumstances in how and why Chloe ended up going to Latvia as well as Poland, I had hoped that the author would focus or mention a bit more about Chloe's grandmother Moody and her childhood, adolescence and possibly adulthood in there. I had hoped for those tidbits, but apparently that type of story wasn't important enough in their travels. I appreciated that she added in the part about them visiting a concentration camp (Kons Lager in Russian), but it didn't really make up for the rest of the book. Also, be prepared for constant references to Chloe's boobs and how big they are and how she wants to hide them all the time. (Umm, how do Chloe's boobs add to the story?) Also, although its kind of a minor thing, but I felt that the fact that Chloe is biracial with a fifth generation Chinese-American mother as well as an American father wasn't handled properly, and I pretty much cringed whenever anyone referenced her heritage.

Paullina Simons is an internationally bestselling author whose novels include Bellagrand and The Bronze Horseman. She was born in Leningrad in 1963. As a child she immigrated to Queens, New York, and attended colleges in Long Island. Then she moved to England and attended Essex University, before returning to America. She lives in New York with her husband and children.
Find out more about Paullina at her website, follow her onTwitter, and connect with her on Facebook.


Opinion:
Before I begin my opinion, this is what I want to say: the way to remember a book or a painting or just about anything is to evoke love  or hate in the viewer.

I haven't read anything by this author, none of the Bronze Horseman series books that she wrote, nor anything else. I became curious and thought to try her out before possibly trying out the infamous Bronze Horseman trilogy. I'm sorry to say but Lone Star pushed me away from trying out any of the author's other books. This book frustrated me, offended me, and the love story...very unbelievable and melodramatic. The first section of the book was the most frustrating for me to get through. Why? First of all are Chloe's reasons for wanting to travel to Barcelona Spain are extremely vapid and not well formed or even coherent. She can't even come up with good rebutal points for her parents' questions and concerns! Second is this little gem I found: This is the part where she takes her friend Hannah to college and witnesses Hannah breaking up with someone. "A hundred and ten minutes. A movie now. First a tragedy, then a comedy, then a farce, now Shoah." (63 in mine copy.) Shoah means Holocaust in Hebrew, thus she is comparing Holocaust to break up, which really angered me. Third part is how does Chloe's over-detailed description relate to the story, and why the obsession with boobs throughout the book?

Finally I move on to the second part of the story where the author really and truly shines in description and scene building as well as amazing dialogue. If I were to only read the second part without first or third parts, I would honestly give it four or five stars. I also enjoyed the point of view switching from her to her friends and enjoyed getting to know the characters, Blake being my favorite, and Hannah also added interesting moments to the story. Mason was just there without his personal thoughts or opinions but acted more like a journalist, while Hannah complained all the time. For me, Chloe became less and less likable as time moved on. I was sad to see the points of view switch end, and my love for the section quickly went down when it became only Chloe and Johnny Rainbow and the story begins to focus entirely on them.

The third part was weak, but it wasn't as bad as the first part. Third part, without major spoilers, focuses on Chloe's college years as well as her unwavering devotion towards a boy. I also felt that the twist was too sudden and I noticed no built up in previous sections to really warrant it. All in all, a bit necessary but could have been a whole lot shorter.

One last thing I'd like to add is that I want to compare this book somehow to Twilight, or at least in addictive quality its like Twilight. And honestly, I wouldn't put this book into the "epic" love story genre. Epic love stories for me include Gone with the Wind by Margaret Mitchell, The Color of Light by Helen Maryles Shankman, Tale of Genji by Murasaki Shikibu, Dream of Red Chamber by Cao Xueqin, and so forth.

PS: This is not a book about Texas and doesn't have anything to do with Texas.