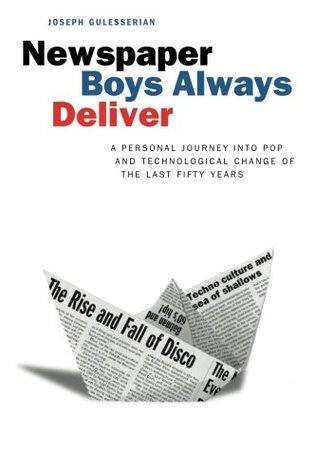 Title of the book:  Newspaper boys always deliver; a personal journey into pop and technological change of the last fifty years

The days of our lives are like pages out of a newspaper, sprinkled with glory, tragedy and enigma, but when these pages are assembled together, they become the journal of our times and existence. It is this story that is told in how in just fifty years, Western culture has gone from culture to techno-culture-from the swinging sixties to rap, encyclopedia to Wikipedia, slide rule to supercomputer. We're too busy scrolling through social media to flip through the newspaper, and too invested in hashtags to ponder how people even spent their time before Twitter. As our attention spans are dwindling, we seem to know a little about a lot of subjects, but with no deep knowledge of any, perhaps due to the modern phenomena of "time poverty."

Like other members of the baby boomer generation, Joseph Gulesserian has seen these changes appear like magic before his eyes. Since his days of delivering newspapers in the late sixties and early seventies, he hasn't just witnessed the slow demise of the print medium-but the plethora of amazing technological inventions that has turned us into a culture reminiscent of science fiction. In Newspaper Boys Always Deliver, Gulesserian combines personal essays and historical insights for an enlightening look at how we got here and the earlier inventions that paved the way for current cutting-edge technologies. While exploring pop culture trends, unexpected impacts, and memorable moments in time, this collection of thought-provoking and humorous reflections paints a fascinating picture of the changes half a century can bring-and its implications for what could be just around the corner. 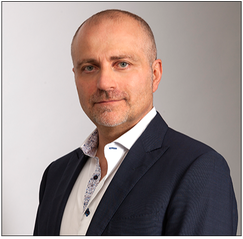 Joseph Gulesserian came of age during the seventies, and was exposed to many changing technologies with a career that has ranged from metallurgic to manufacturing, from business equipment to information technology, and brand creation.

After earning his MBA, he taught Corporate Finance, Marketing and Statistics as an adjunct professor at Toronto colleges, and in 2000 established a Toronto-based company that designs and produces health and beauty brands for both domestic and international markets.

​Currently, Gulesserian lives in Toronto with his wife.

I think when I picked this book, I expected it to mostly talk about newspapers and the evolution from newspapers to media net. I got that wish indirectly, but it wasn't a fun ride as I had hoped. The author begins in 1960s with how things were and how they ultimately became. I enjoyed reading some sections, but others for me were a chore. And there are two things that I felt he didn't understand. One of the things he talks about early in the book is that Japanese people are descendants of Koreans. Here's a sentence from an English translated Korean history book: "[Earlier on the book talks about the development of iron and how it came to Korea.] Moreover, these cultural waves went on to cross the sea and penetrate even into Japan, where they gave rise to the Yayoi culture." (page 14, A History of Korea, Ki-baik Lee) from my own memories, Koreans helped Japanese technologically and culturally, but Japan had its own native people. If they had come from another land, wouldn't the Japanese work by the name of The Kojiki mention that fact? Second thing that I felt he didn't understand is why American-Jews were unhappy with communism in Russia when in fact it was invented/created by Jews themselves. "[Previously there was discussion of Jews in Canada protesting the treatment of Jews in Soviet Union] However, what made this protest ironic was the fact that many of the key leaders of the Bolshevik Revolution, including Trotsky, were Jewish academics who had bought into the egalitarian philosophies of Karl Marx." (49) Trotsky didn't rule or control Soviet Union. During the time he was dead in South America, trying to get away from Stalin. And also, communism did not get rid of prejudices that Russians held against Jews. As a little girl, my mother was denied further entry into the necessary groups for Russian youth simply because of her ancestry; my grandfather was denied entrance into the party because of the ancestry; when an uncle was studying medicine, everyone treated him as if he would be immigrating to Israel when back then he had no intention of doing so.

I read the book from cover to cover and although yes, there is nostalgia and I enjoyed learning about the Disco culture as well as going back to my early childhood in the '90s before the Internet, majority of the book I didn't enjoy at all. The tone the author employs towards the Millennial generation is not what I would call a friendly one and for me it sounds condescending and isn't an invitation to have a friendly talk or debate. Also, maybe because I didn't grow up watching the Superheroes movies and cartoons and never cared for comics, I really couldn't relate to the author talking about Batman or Star Trek, nor could I relate to sports because I didn't grow up with that. Other section, namely Business and Technology is a fascinating history of 1800s to modern times but yeah, really did not appreciate the tone or opinions about how a lot of people from my generation are vapid degenerate, or that we don't have necessary skills and so forth. I also suspect that if one is a liberal, one should skip the Business and Technology section as well as Editorial section because they might find them offensive.