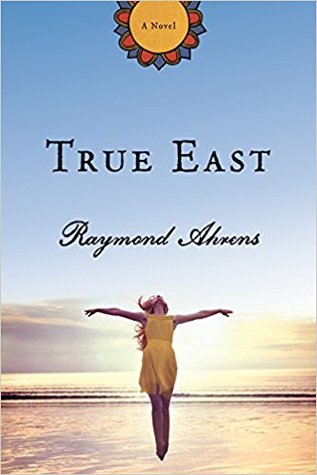 Katy Givens, thirty and brilliant, learns in a static-filled phone call that her husband Andrew is missing in the Amazon and possibly dead. Although still mourning the death of their infant son, Katy flies to Brazil in search of Andrew, discovering that the man she married has secrets. As the mysteries surrounding Andrew's disappearance mount, so does the list of shadowy forces benefitting from the recent discovery of oil in the Amazon.

Katy's field of genetic anthropology proves useful when accounts of the Unnamed Ones, a primitive and possibly pre-human tribe, are rumored to exist in the same valley as the oil reserves. Katy tracks Andrew through the jungle, deciphering riddles he left before disappearing. Along the way, she barters with a Jewish coin merchant, challenges chance with a fortune teller, and argues the merits of prayer with a Jesuit priest, before placing her faith with the indigenous Tadi.

The main characters aren't as rounded as I hoped, although the author does try to make them memorable. First is Katy Givens who seems to be read as too good to be true. Her child has recently passed away and although at the start it does affect her a great deal, I feel that she brushed off the event way too soon. She is knowledgeable in what seems to be almost all the world's tongues, and in beginning was addicted to pills although through sheer will alone she can defeat that demon. Her husband Andrew has talent in photography and also keeps quite a lot of secrets from her. There are also workaholic twin brothers who have questionable relationship, then the editor of Terrestrial, then numerous people in Brazil.

My apologies, although I read the story from cover to cover, I have no idea what I should have learned from it.

The story is from third person narrative, from Katy's perspective. At first I thought the story would make sense in that Katy is told her husband is dead thus she decides to fly out to Brazil to investigate the truth and learn as to why her husband is in Brazil when he has been forbidden from traveling there. Along the journey, somehow, the reader learns about Katy's hotter and younger other persona, the Brazilian politics which make little sense and about the people Katy meets be they old or new friends. (Perhaps that could have been used as a summary) The given summary for the book is not exactly accurate because I was expecting for the story to be more philosophical and deep thinking, and I didn't get that. Upon thinking, it also strikes me that the story is an attempt at mixing at all genres, but unfortunately the experiment is unsuccessful in this case. Also quite a number of things are left untied; one as to who called and told Katy about her husband, and if the Others look different, they will be treated differently.

Author Information:
(From the book)

Raymond Ahrens is curious. Aa a scientist, father, and novelist, he peers under the surface to discover what contradictions lie beneath. His genre of "mythic-realism" synthesizes both the rational and the mythic to arrive at a different way of seeing. His first novel, Drive, explores an old man's perspective in both a reral and imagined world filled with mysteries, myths and memories. He lives in Newton, MA and Naples, FL..

Few years back I read Alice books by Lewis Carroll, perhaps seeing how I felt about them since many years have passed; and I recall finding them illogical, frustrating and realizing something about myself; I want my stories to make sense, to have laws of logic apply to them. In other words, order and rules. Unfortunately, reading this book is akin to reading Alice books by Lewis Carroll because the story has left me frustrated in all the places, and the main character, Katy, seems a tad bit unbelievable. I enjoyed the beginning of the story, the details of Katy's life as well as her struggles, but when she got to Brazil to look for her husband,. I stopped enjoying the story, unfortunately because that's when it got a little too out there, and I couldn't make sense or understand what I should focus because it seemed that everything was given national importance; from the corruption of oil fields to Brazilian politics to just politics in general, and then there are mysteries of rain forest and how much is undiscovered as well as numerous possibilities of humanities. Personally if the author stuck to one topic and removed the rest, I would probably have enjoyed the story a whole lot more.

2 out of 5
(0: Stay away unless a masochist 1: Good for insomnia 2: Horrible but readable; 3: Readable and quickly forgettable, 4: Good, enjoyable 5: Buy it, keep it and never let it go.)
2 Stars 2017 Book Review book tour goodreads No longer owned Paper Form Raymond Ahrens