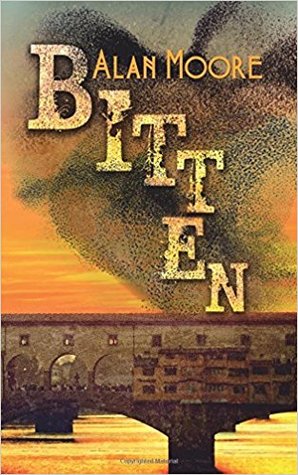 In the not-too-distant future, Italy is in disarray. It has voted to leave the EU in an attempt to regain control of its laws, finances and commerce. Even so, the country's economy is shrinking and its national debt rising. There is a marked escalation, too, in unemployment, bank loans and immigration. Production and service companies are in difficulty. The only thriving business areas are the black market and organised crime. There is discontent and protest on all sides. In Florence, the local Mafia boss, more accustomed to gunrunning and trading in plutonium, is involved in organising a silent auction for the sale of one of the world's most valuable lost paintings - a sixteenth-century masterpiece, which was appropriated in World War II by Stalin's Trophy Brigade. A British art expert is set to buy the picture on behalf of his client, a South American billionaire - yet surprisingly two Italian undercover intelligence agents, acting as antique dealers, submit the winning bid. All the while, human beings continue to harm the Earth by destroying land, sea, air, animals and trees. Global climate change, polluting the atmosphere, depleting the ozone layer: these are some of man's crimes against Nature. But time is running out. Nature has lost patience with humans. Unless something is done immediately to reverse the destruction of the ecosystem, Nature will retaliate by deploying the terrifying forces at her command. And as a first step in wreaking her revenge, she instigates a reign of terror by the deadliest creature on Earth.

Main characters include Claudia, an intelligent young woman who works for an institute in studying mosquitos. Claudia is also best described as having a voracious sexual appetite. There is also Claudias much older boyfriend who deals with books and has found out about a mysterious painting that might have been a Raphael, but is in the hands of a Russian mob. There are other characters, but it's a bit difficult for me to keep track of them.

Treat the earth the right way

The story is in third person narrative from what seems to be everyone's point of view. The two main plot points of mysterious mosquito attacks as well as the recently discovered painting weren't blended well at all, and personally it would have been better if there were two separate books instead of one where it left my head scratching. I like a little bit gore in a story, but not where gore was the main  focus. Instead I prefer more psychological/ mind games thrillers, and unfortunately the story really lacked those aspects. The story raises more questions than answers, and these questions are never answered.

Born in Surbiton, Surrey in 1944, Alan Moore lives in Barnes, SW London, with his wife, Amber. They have two daughters and a son, who between them have two boys and two girls with another boy expected in May. Alan was educated at Oundle School in Northamptonshire and at London University, where, as an external student, he obtained a BA degree in English. Thereafter, for 25 years, he single-handedly ran his own book publishing company, which at one stage was producing up to 20 titles a year. Now, at the age of 74, he has self-published his first novel.
Opinion:

For me, this was a very disappointing read. First of all, i was aware that i will be reading something outside my comfort zone, but in some cases, i enjoyed a those reads a whole lot. However, there are cases where I don't enjoy the book, and unfortunately, this is one of the cases. Where to begin? I admire that the author tried to build up strong and memorable women personalities in his book, as well as having an intriguing plot of mosquitos and the mysterious painting, but the execution of the story begs to differ. As a woman, I found myself very uncomfortable when one of the female characters discusses her sexual life with her father, or at least assures her father that her boyfriend is for sex only.  And I also didn't like that most of the time when it comes to women, there is only focus on sex. To be fair the women did do other actions like work or try to understand the world, but numerous times the author often referenced their voracious and sexual appetite. The mysterious painting and the mosquitos epidemic wasn't tied up together at all, which left me wondering if it would have been better should the stories have split up. If you are looking for a story that contains too much gore, and doesn't focus on psychology, then this is the right read, but if you want a strong female lead with psychological thriller, look elsewhere.

This is for Italy book tours

1 out of 5
(0: Stay away unless a masochist 1: Good for insomnia 2: Horrible but readable; 3: Readable and quickly forgettable, 4: Good, enjoyable 5: Buy it, keep it and never let it go.)
1 stars 2018 Alan Moore Book Review book tour goodreads No longer owned Paper Form