Showing posts from October, 2018
Show all

Diverse Reads on my Blog #22

Diverse Reads on my Blog #22

The Barrelmaker Brimful of love by Saikaku Ihara

The Barrelmaker Brimful of Love is a worthy introduction. The novella is part of a collection of stories, Five Women Who loved Love, written in 1686 when Saikaku had reached his full stride. It should be remembered, though, that this is a writer for whom language is always a bravura performance. Translation, inevitably obscuring linguistic aspects of a text, cannot display the stylist's forte to best advantage. Saikaku's many other strengths, however, do emerge.

How its diverse: The story was written by a Japanese author and is a bit scandalous.

A great book can launch your business into the stratosphere. Unfortunately, most self-published business books rank somewhere between “meh” and “flaming pile of crap.” But your book doesn’t have to suck!

In “Don’t Write a Crappy Book,” editor and entrepreneur James Ranson unpacks the most common–and toxic–mistakes that first-time nonfiction authors make. Peppered with wisdom from a panel of industry experts, this book debunks the dangerous myths that can torpedo your text and offers clear, practical guidance for writing a book you’re proud of. This is the resource for the aspiring author…
Post a Comment
Read more

Book Spotlight For A Different Kind of Fire by Suanne Schafer 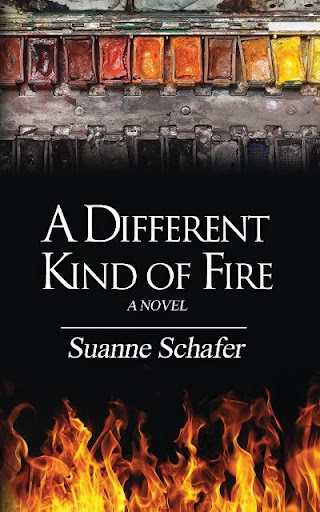 Ruby Schmidt has the talent, the drive, even the guts to enroll in art school, leaving behind her childhood home and the beau she always expected to marry. Her life at the Academy seems heavenly at first, but she soon learns that societal norms in the East are as restrictive as those back home in West Texas. Rebelling against the insipid imagery woman are expected to produce, Ruby embraces bohemian life. Her burgeoning sexuality drives her into a life-long love affair with another woman and into the arms of an Italian baron. With the Panic of 1893, the nation spirals into a depression, and Ruby’s career takes a similar downward trajectory. After thinking she could have it all, Ruby, now pregnant and broke, returns to Texas rather than join the queues at the neighborhood soup kitchen. She discovers her life back home is as challenging as …
1 comment
Read more

Book Spotlight for Joy to you and me by Amy Thornton

Book Title: Joy to You and Me (at Work!) by Amy Thornton

Content Rating: PG (This book is for ages 16+, so there is the occasional "damn", "hell", and "ass" thrown in as far as language, but nothing worse than that.)

Are you one of the 48% of employees worldwide who doesn't like their jobs? Do you feel constantly stressed at the office? Or maybe you're just feeling "blah" about your job and want to bring some life back into your workplace. If you talk to anyone about their careers or jobs these days, most of the time you won't hear positive stories or excitement. You'll probably hear words like "busy", "stressed", "exhausting", and "mind-numbing." And with the good old 40-hour workweek becoming a …
1 comment
Read more

G1044 The Wisdom of listening; pieces of gold from a decade of interviewing and life 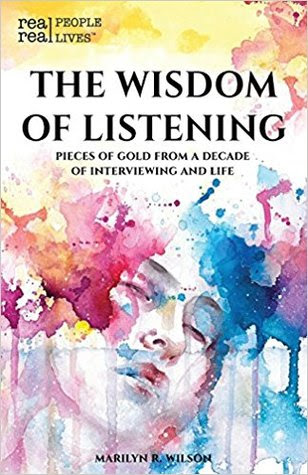 Title of the book: The Wisdom of listening; pieces of gold from a decade of interviewing and life

The next time you're out in public, take a moment to look around you. Each and every person you see holds wisdom in their pockets--pieces of gold they've accumulated as they walked their own unique life journey.

Within these pages, Marilyn shares some of the many pieces of gold she has received over her decade-long career. They have been offered to her during interviews, through random encounters and while facing difficult challenges. The most important? We are each unique and exactly who we are meant to be.

Are you ready to dig for gold? All you need to do is be brave, be present in the moment and be open to the possibilities--then start a conversation. 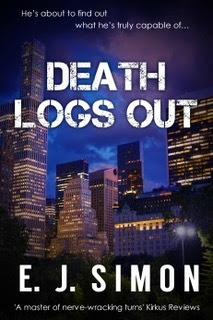 Name of Book: Death Logs Out

Part of a Series: Michael Nichols

Two years since the brutal shooting of Alex Nicholas, a gambling underworld boss in Queens, NYC. But his brother, Michael, a respected CEO, struggles with a secret: his murdered brother has been communicating with him via his laptop using AI. This AI-Alex can foresee dangers in Michael’s path, and appears to be trying to help him – even controlling machinery and electronics via WiFi. Meanwhile, trouble is stirring in the historic capital cities of Rome, Berlin and Paris. Inside the Vatican, Monsignor Kurt Schlegelberger has designs to build his power and prepare for the sudden ascension of the Free Forces Party, a throw-back to the Nazis.

From the time I arrived to America to now, I always found myself being involved in immigration tales as well as the fine line between assimilating and staying true to one's roots. Although the article is geared towards Indian (students of South Asian ancenstry,) I imagine that it can apply to anyone, especially towards international students.

This article was not written by me, but was written by someone, and I agreed to share it on my blog because I feel its important to recognize and know others' experiences. 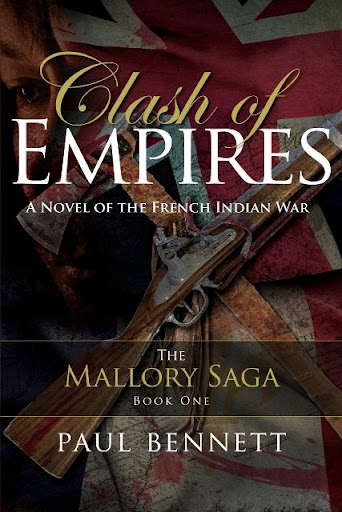 In 1756, Britain and France are on a collision course for control of the North American continent. The eventual result can be described as the first world war, known as the Seven Year’s War in Europe and the French and Indian War in the colonies. The Mallory family uproots from eastern Pennsylvania, and moves to the western frontier, where they find themselves in the middle of war. Daniel, Liam, and Liza (the three Mallory siblings) become involved in the conflict in ways that lead to emotional trauma for each. The story focuses on historical events and includes historical characters. Clash of Empires is an exciting look at the developments leading to the events of July 1776, which are chronicled in the sequel as we follow the exploits and fate of the Mallory clan.

"I feel both educated and thoroug…
1 comment
Read more 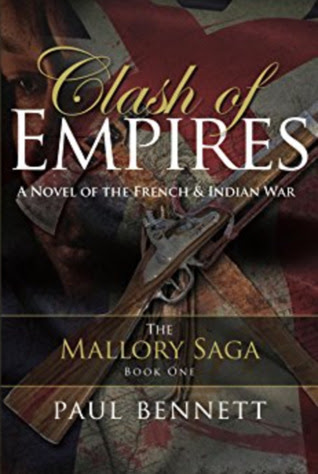 The Wisdom of Listening: Pieces of Gold from a Decade of Interviewing and Life by Marilyn R. Wilson (October 9th, 2018)

The Seven Husbands of Evelyn Hugo by Tamara Jenkins Reid

Love, and Other Consolation Prizes by Jamie Ford

The Room on Rue Amelie by Kristin Harmel