Showing posts from January, 2019
Show all

Spotlight for A Hangman for Ghosts by Andrei Baltakmens “We are transported. We are consigned to the ends of the Earth. And we are therefore as good as dead to the realm and its judges. There can be no hope of reprieve...”

Gabriel Carver, the convict hangman of Sydney Prison, knows that none of his kind may depart Australia’s penal colony without the system’s leave. Then three people are murdered, seemingly to protect the “Rats’ Line,” an illicit path to freedom that exists only in the fevered imaginations of transported felons. But why kill to protect something that doesn’t exist?

When an innocent woman from Carver’s past is charged with one of the murders and faces execution at his hands, she threatens to reveal an incriminating secret of his own unless he helps her. So Carver must try to unmask the killer among the convicts, soldiers, sailors, and fallen women roaming 1829 Sy…
1 comment
Read more

G1060 Book Review of Mistress of Legend by Nicole Evelina 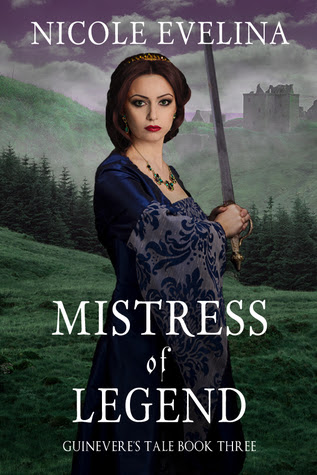 Name of Book: Mistress of Legend

Part of a Series: The Guinevere's Tale Trilogy

Legend says Guinevere spent her final days in penance in a convent, but that is far from the truth.


Having escaped death at the stake, Guinevere longs to live a peaceful life in Brittany with Lancelot, but the threat of Arthur’s wrath quickly separates the lovers. Guinevere finds herself back in Camelot, but it is not the peaceful capital she once knew; the loyalty of the people is divided over Arthur’s role in her death sentence. When war draws Arthur away from Britain, Mordred is named acting king. With Morgan at his side and a Saxon in his bed, Mordred’s thirst for power becomes his undoing…
Post a Comment
Read more

Coming Attractions for January of 2019 For better or worse 2018 is over and 2019 has begun; time for resolutions, to get a fresh start, and for me, crossing fingers for more amazing reads. This year will mark the 9th year since I have started to blog, and this year I hope to start doing podcast instead of videos like I planned. (Videos seem to have too much involvement while podcast does have some involvement, but not as much as videos, at least in my thoughts.) What new books and reads should I tackle in January? Let's find out!

A HANGMAN FOR GHOSTS BY ANDREI BALTAKMENS (January 10th, 2019)

The Power of Meaning: Crafting a Life That Matters by Emily Esfahani Smith