G1152 Book Review of An Unorthodox Match by Naomi Ragen 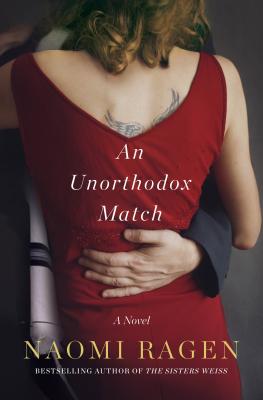 Name of Book: An unorthodox match

California girl Lola has her life all set up: business degree, handsome fiancé, fast track career, when suddenly, without warning, everything tragically implodes. After years fruitlessly searching for love, marriage, and children, she decides to take the radical step of seeking spirituality and meaning far outside the parameters of modern life in the insular, ultraorthodox enclave of Boro Park, Brooklyn. There, fate brings her to the dysfunctional home of newly-widowed Jacob, a devout Torah scholar, whose life is also in turmoil, and whose small children are aching for the kindness of a womanly touch.

While her mother direly predicts she is ruining her life, enslaving herself to a community that is a misogynistic religious cult, Lola’s heart tells her something far more complicated. But it is the shocking and unexpected messages of her new community itself which will finally force her into a deeper understanding of the real choices she now faces and which will ultimately decide her fate.

An Unorthodox March is a powerful and moving novel of faith, love, and acceptance, from Naomi Ragen, the international bestselling author of The Devil in Jerusalem.

Main characters include Lola "Leah" Howard, a daughter of a lapsed Jewish woman who decides to become a  Baal teshuva, newly Orthodox Jew. Leah is unswerving in her beliefs but is afraid of making the wrong moves, which causes her to listen to others instead of following her own heart. She often wrestles with her issues, but is determined to do whatever She can to become accepted. Yaakov Lehman is a widower and a father of five children who is hit hard by the loss of his wife, but is hesitant in dating or opening up his heart; HE has two older son's who attend and live in yeshuva ( Jewish learning center for boys) as well as two daughters and a baby boy. His oldest daughter, almost sixteen year old  Shaindele desires education but is overwhelmed by her role in trying to run the household; Chasya a sweet and lovely six year old girl who has an explosive relationship with her older sister and Mordechai Shalom, a very young baby who will have no knowledge of his mother.

Worrying about what others think might mean sacrificing life

The story is in third person narrative from many community members as well as from Leah and Yaakov. The story is also heavily focused on family and there is a great deal of focus on how detrimental it is to be judgmental of others. I do wish that modern world would have been portrayed a bit differently than just gloom and doom and immorality. I also would have liked if more attention would have been focused on Leahs mother and on her life decisions, or how she could have coped with having a daughter and a live in boyfriend going back to their roots. The story is linear and heavily showcases Jewish issues that plague the community of New York. A lot of it is shocking, but very informative.

Naomi Ragen is the author of ten novels, including several international bestsellers, and her weekly email columns on life in the Middle East are read by thousands of subscribers worldwide. An American, she has lived in Jerusalem for the past forty years and was voted one of the three most poppular authors in Israel.

As a religious minority, I have long fantasized about finding a book from a religious Jewish perspective. Why, my thinking went, I couldn't find a story to feel safe in? A story to see what religious Judaism appeared to someone who is hungry for knowledge and who grew up more Russian than Jewish during communist times? A story that dealt with Jewish issues? Finding and discovering AN UNORTHODOX MATCH has helped me realize how under utilized and under written religious Judaism is, and my heart breaks at the thought that while many authors will write christian/ inspirational romance as well as Amish tales, religious Jewish romances will, sadly, be delegated to the sidelines, or else very little will be written about them. Overall, i adored and enjoyed AN UNORTHODOX MATCH BY NAOMI RAGEN and i loved looking at the world of orthodox/ chassidic Jewry. I was very surprised by how judgmental the community is towards Baal teshuva ( the newly religious Jews) Although the cover is cool, it is not very accurate of the story because for one, Leah dressed modestly, and she had a small tattoo on her wrist rather than one on her back. For those who dreamt of reading religious Jewish tale that should rival christian ones, AN UNORTHODOX MATCH BY NAOMI RAGEN, will sure be the right read for you.

This was given to me for a review

4 out of 5
(0: Stay away unless a masochist 1: Good for insomnia 2: Horrible but readable; 3: Readable and quickly forgettable, 4: Good, enjoyable 5: Buy it, keep it and never let it go.)
2019 4 stars Book Review goodreads Naomi Ragen Paper Form