Showing posts from June, 2011
Show all

Book Review of #1 The Jewel of St. Petersburg by Kate Furnivall 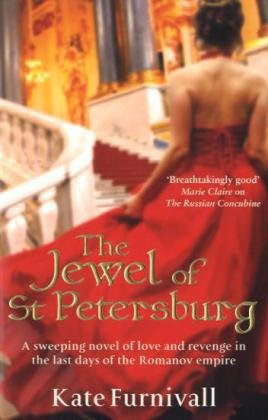 Name of book: The Jewel of St. Petersburg

In this prequel to her debut novel, The Russian Concubine (2007), about White Russian Lydia Ivanova, Furnivall focuses on Lydia’s mother, Valentina, during the years leading up to and including the Russian Revolution of 1917. When Bolsheviks bomb her family’s country estate in 1910, crippling her younger sister, Katya, 17-year-old title character Valentina is left with guilt and resolve. With a slim frame but steely character, she defies both convention and her father, who is the czar’s minister of finance, first by training and working as a nurse and then by refusing to marry for money (in order to solve the family’s financial problems). Instead, she chooses the man she loves passionately, Dane Jens Friis, the czar’s engineer. Through the years, her hatred grows for Viktor Arkin, a Bolshev…
Post a Comment
Read more

Book Review of #3 The Fires of Spring by Mary Mackey

Name of book: The Fires of Spring

Part of a Series: The Year the Horses Came, The Horses at the Gate, previously

The year is 4300 BC. The place is Europe, where Eastern nomads have invaded Shara, a civilized city that worships the great Goddess...and where a bold and passionate young woman named Keshna comes of age as a female warrior and a daring avenger. The nomad diviner Changar has kidnapped Queen Marrah's son Keru-and Keshna has vowed to hunt Changar down. But the barbaric Changar is a force to fear. He has taken possession of Keru's spirit and turned him against his own people. Across a land of warring tribes, primitive rituals, and savage terrors of nature, Keshna begins an epic struggle for survival as she battles a dangerous, seductive enemy with the power to destroy her people and the proud young warrior she has come to lov…
Post a Comment
Read more

Book Review of #1 the Tao of Sex by Jade Lee

Name of book: The Tao of Sex

Sort of a sequel: Getting Physical

Discovering that she's a Tantric sex goddess has given Tracy Williams a new mantra: more, more, more...And the source of that divine revelation is her hunky Chinese-born erotica instructor. When her yin bumps up against his yang, she's literally communing with heaven. Now that he has awoken her inner power, Nathan Gao is obligated to bring Tracy to the sacred Hong Kong temple for a life of training and devotion. No matter how much he wants her for himself. But when he makes her choose-sex or love-is he ready for the consequences?

I really have enjoyed reading about Tracy and Nathan. Tracy is a strong female character who is struggling with life, trying to be a mother placement for her brother and at the same time doin…
Post a Comment
Read more

Book Review of Tell me your secrets by Cara Summers

Name of book: Tell me your secrets...

It was a dark and sexy night... And Brooke Ashby knew she was in over her head. As head writer for the soap opera Secrets, she was used to living vicariously through her characters. But that all changed the day she learned she was adopted, and that her identical twin sister had mysteriously disappeared. What else could she do but try to discover what had happened, even if meant taking her sister's place? It shouldn't be hard. After all, she was good at research and had a talent for acting, if she did say so herself. Her plan seemed foolproof...until Brooke found herself in bed with her sister's fiancé...

The character of Brooke certainly seemed rounded as she conquered her fear in the book and even went for someone she was in love with. She also often lets th…
Post a Comment
Read more

Future Books:
The Russian Saga-Kate Furnivall
2. The Russian Concubine
3. The Girl from Junchow
The Story of the Stone-Xueqin Cao
3. The Warning Voice
4. The Debt of Tears
5. The Dreamer Wakes
D'Artagnan Romances-Alexand…
Post a Comment
Read more

Book Review of Gone with the Wind by Margaret Mitchell 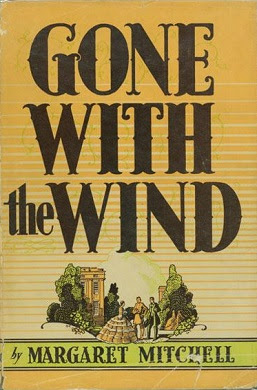 
Gone with the wind explores the depths of human passions with an intensity as bold as its setting in the bluff red hills of Georgia. A superb piece of storytelling, it brings the drama of the Civil War and Reconstruction vividly to life. This is the tale of Scarlett O’Hara, the spoiled, ruthless daughter of a wealthy plantation owner, who arrives at young womanhood just in time to see the Civil War sweep away the life for which her upbringing has prepared her. After the fall of Atlanta she returns to the plantation and by stubborn shrewdness saves her home from both Sherman and the carpetbaggers. But in the process she hardens. She has neared starvation and she vows never to be hungry again. In these vivid pages live the unforgettable people who have captured the attention …
Post a Comment
Read more

Book Review of Mysteries of Udolpho by Ann Radcliffe

Name of book: The Mysteries of Udolpho


Type of Book: Adult to young adult due to big words, historical, gothic

Stranded in a gloomy medieval fortress, an orphaned heroine battles the devious schemes of her guardians as well as her own pensive vsisions and melancholy fancies. Generations of readers have thrilled to The Mysteries of Udolpho, one of the most popular of the early Gothic novels, and considered a landmark in the realm of psychological fiction. Set in 1584, the tale unfolds amid the secret chambers of a chateau in southern France and a castle in the remote Apennines, populated by pirates, brigands, ghosts, and specters. Emily St. Aubert, imprisoned by her rapacious guardian Count Montoni and his sadistic wife, struggles to reconcile her father's teachings of reserve and moderation with her own reckless passions. Emily's attempts to control her emotions and resolve her susp…
Post a Comment
Read more

Book Review of #1 the Golden Days by Xueqin Cao

Name of book: The Golden Days Vol I of Story of the Stone

Part of a Series: Story of the Stone Vols I-V

THe story of the stone (c.1760), also known as The Dream of the Red Chamber, is one of the greatest novels of Chinese literature. THe first part of the story, The Golden Days, begins the tale of Bao-yu, a gentle young boy who prefers girls to Confucian studies, and his two cousins: Bao-Chai, his parents' choice of a wife for him, and the ethereal beauty Dai-yu. Through the changing fortunes of the Jia family, this rich, magical work sets worldly events-love affairs, sibling rivalries, political intrigues, even murder-within the context of the Buddhist understanding that earthly existence is an illusion and karma determines the shape of our lives.

Book Review of the #2 North China Lover by Marguerite Duras 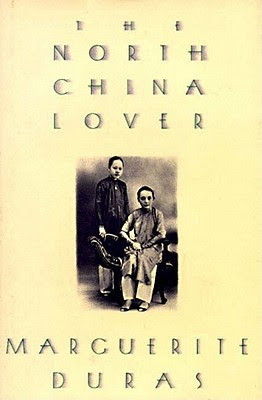 Hailed in France as "an incomparable pleasure," Marguerite Duras's newest novel is a fascinating retelling of the dramatic experiences of her adolescence that have shaped her work. Far more daring and truthful than any book she has written before, it emphasizes the realities of her youth in Indochina nad reveals much that her earlier works concealed. An instant number-one bestseller in France, The North CHina Lover both shocks and entrances its readers. Initially written as notes toward a film-script for The Lover, the book has the grainy, filmic qualties of a documentary. For all who admired Duras's previous work, here is an exciting and unexpected reading of her past-a work the French critics called a return to "th…
Post a Comment
Read more

Book Review of #1 Take my breath away by Cara Summers 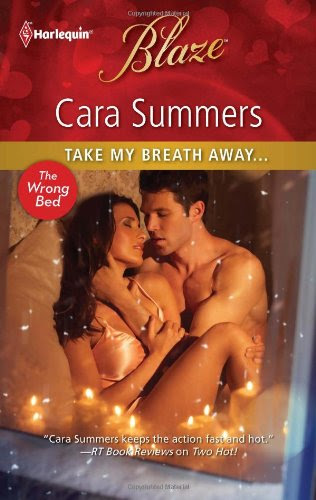 Name of book: Take my breath away...

FBI special agent Nicola Guthrie is on her first field assignment. Her job? To find security expert turned art thief Gabe Wilder. She knows this is her big break. She has to get her man. And late one night, she does. Not to mention a whole lot more! Who knew her traitorous body would respond so strongly to Gabe's sensuous lips...his tall, strong body...her own irresistible need? Gabe can't believe that Nicola still thinks he's the bad guy! Then again, he's almost tempted to fess up, just so he can keep tasting her incredible mouth. Still, they have a job to do. A daring criminal is terrorizing the city's wealthiest art collectors. Gabe and Nicola quickly realize that the smartest way to catch their quarry is to join forces. Of course, they&#…
Post a Comment
Read more

Book Review of #9 The Wild Card by Rhonda Nelson 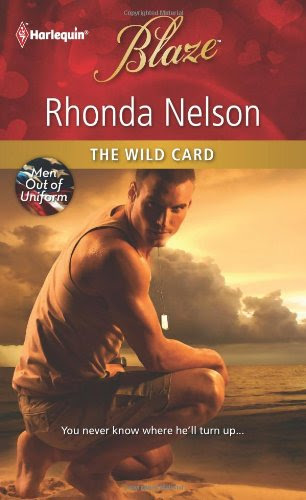 Name of the Book: The Wild Card

Part of a series: Men out of uniform

Former ranger Seth McCutcheon is a man of his word. Leave the military at teh request of his dying mother? Check. Join the super-elite Ranger Security? Definitely. Provide a security detail at a high-society wedding? Hell, why not? Go undercover as the wedding planner's boyfriend? Uhh, well...But once Seth sets eyes on sexy Penelope Hart, he knows he's a goner. If Penelope wants a fake fling, he's her man. Especially if it comes with all the sensual benefits. But they can't spend all their time in bed, as much as they'd like to. Somebody is threatening to sabotage the ceremony. If Seth doesn't discover the culprit, Penelope's business will be ruined. Seth is going to need all the luck he can get if he's going to save the day and get the girl.…
Post a Comment
Read more

Name of book: The Horses at the gate

Part of a series: The Year the Horses Came, before, Fires of Spring afterwards

In the year 4368 BC, Marrah, daughter of the peace-loving shore people, has fled captivity from the nomad warrior horde who have a lust for carnage and conquest that is alien to her. Across a landscape of frozen steppes and trackless forest, she and her companions must evade the horsenemn before they reach her beloved homeland by the sweetwater sea. Making escape even more dangerous is hte presence of her lover, Stavan, who has abandoned his place of honor among the nomads to join her in her flight and ally himself wiht the Mother Goddess. Marrah is forced to puer convictions and courage to the supreme test-as she risks everything she and her people hold dear-in a struggle that will change the prehistoric world forever...

Name of Book: The year the horses came

Part of a Series: Horses at the gate, Fires of spring, afterwards

The year is 4372 B.C.E a beautiful girl is poised on the brink of womanhood and her culture is about to undergo one of the most momentous transformations in human history.

So begins Mary Mackey's dazling tale, a page-turning saga that revisits the wild and panoramic beauty of ancient Europe to tell a story of extraordinary love and passion in the midst of intrigue and war.

The Year the Horses came vividly evokes the violent moment in prehistory when marauding nomads brought horses, male gods and war to a Europe that had known peace for thousands of years. Against this perilous backdrop, a passionate, dangerous love develops between Marrah, a brave and gifted priestess, and Stavan, one of hte warriors sent to invade her peace-loving land…
Post a Comment
Read more