G783 Occult Paris the lost magic of the Belle epoque 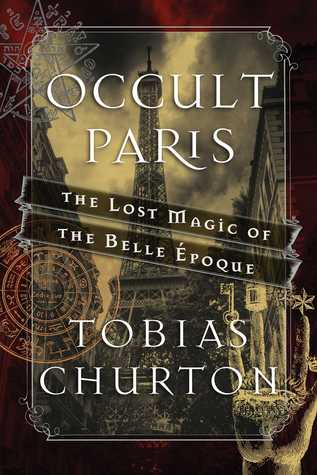 Title of the book:Occult Paris the lost magic of the Belle epoque

• Reveals how occult activity deeply influenced many well-known cultural movements, such as Symbolism, the Decadents, modern music, and the “psychedelic 60s”

During Paris’s Belle Époque (1871-1914), many cultural movements and artistic styles flourished--Symbolism, Impressionism, Art Nouveau, the Decadents--all of which profoundly shaped modern culture. Inseparable from this cultural advancement was the explosion of occult activity taking place in the City of Light at the same time.

Exploring the magical, artistic, and intellectual world of the Belle Époque, Tobias Churton shows how a wide variety of Theosophists, Rosicrucians, Martinists, Freemasons, Gnostics, and neo-Cathars called fin-de-siècle Paris home. He examines the precise interplay of occultists Joséphin Peladan, Papus, Stanislas de Guaïta, and founder of the modern Gnostic Church Jules Doinel, along with lesser known figures such as Saint-Yves d’Alveydre, Paul Sédir, Charles Barlet, Edmond Bailly, Albert Jounet, Abbé Lacuria, and Lady Caithness. He reveals how the work of many masters of modern culture such as composers Claude Debussy and Erik Satie, writers Arthur Rimbaud and Charles Baudelaire, and painters Georges Seurat and Alphonse Osbert bear signs of immersion in the esoteric circles that were thriving in Paris at the time. The author demonstrates how the creative hermetic ferment that animated the City of Light in the decades leading up to World War I remains an enduring presence and powerful influence today. Where, he asks, would Aleister Crowley and all the magicians of today be without the Parisian source of so much creativity in this field?

Conveying the living energy of Paris in this richly artistic period of history, Churton brings into full perspective the characters, personalities, and forces that made Paris a global magnet and which allowed later cultural movements, such as the “psychedelic 60s,” to rise from the ashes of post-war Europe.

Tobias Churton
is Britain’s leading scholar
of Western Esotericism,
a world authority on Gnosticism,
Hermeticism, and Rosicrucianism.
An Honorary Fellow of Exeter University,
where he is a faculty lecturer,
he holds a master’s degree in Theology
from Brasenose College, Oxford,
and is the author of many books,
including Gnostic Philosophy and
Aleister Crowley: The Beast in Berlin.
He lives in England.
Visit his website.
Follow Inner Traditions/Bear & Company on Facebook | Twitter
Subscribe to their newsletter
Buy the book:  on Amazon.com | Amazon.co.uk
Personal Opinion:

Perhaps it has been a while since I read non-fiction scholarly novels that are dealing with history, but whenever I did read one, I expect to at least have knowledge of what I'm diving into. Unfortunately, I had no idea with this book. Aside from the fact that late 1800s were popular with magic and premonition and that some names were familiar to me, 98 percent of the information literally flew over my head. I heard of Debussy and his music (even fell asleep listening to his music because of the dream-like quality it has,) I also heard of Aleister Crowley from a...well, I'd rather not reveal that part. But other names, events and so forth, I never heard of them and am not familiar with them. Because its literally first time I was reading about the occult and esoteric, this is not a book for a beginner. A question, but what do these groups do exactly? What is their function? How do they differ from one another? I feel as if the author didn't really explain in the text, thus if one is new to occult and esoteric, its not a book to start out with. I do feel that the argument the author was trying to push, that the history of these people tended to be air brushed and he is trying to connect the dots was that way throughout the book, but again, background knowledge of this particular subject is highly required and recommended.

2 out of 5
(0: Stay away unless a masochist 1: Good for insomnia 2: Horrible but readable; 3: Readable and quickly forgettable, 4: Good, enjoyable 5: Buy it, keep it and never let it go.)
2 Stars 2016 Book Review book tour goodreads No longer owned Non-fiction Paper Form Tobias Churton