First Chapter ~ First Paragraph Tuesday Intros, now hosted by Vicki at I'd Rather Be At The Beach, where bloggers post the first paragraph(s) of a book they are currently reading or planning to read sometime soon.

I wanted to introduce the readers this week to The Wife Between us by Greer Hendricks and Sarah Pekkanen, but I began the book yesterday, and so far its a good book. This week I'll be introducing an indie book that talks about the Thirty Years' War in Germany, and that I feel does and should deserve attention. (Also, this will be my next read!) 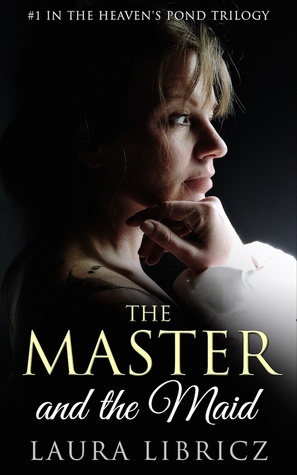 The Master and the maid by Laura Libricz

Katarina twisted the tap on the wooden barrel of beer. Foam spluttered into the tankard and sprayed the white apron covering her coarse brown dress.

"Willi, get me another barrel," she shouted over the heads of three men sitting at the table nearest her.

The three men swayed from side to side singing a drunken song: "Ich bin a mal auf fischn ganga, in a sumpfig Weir, hockt a Frusch auf meiner Stanga..."

One man lifted his tankard, slammed it on the table and hit the rude bit of the song, "...zwickt mi in die Eier."

The tallow lamp spun across the table and onto the floor. The new barmaid, Lily, stomped on the burning oil proving herself quite useful on her first night serving drinks at The Stork's Nest.

She swung her wide hips around the three drunk men, waddled behind the bar and heaved the empty wooden barrel onto her shoulder. It was the same size as her stomach. She disappeared into the storeroom.

Katarina grabbed her wooden spoon and whacked the drunk at the bar who dared put his head down on the smooth wooden surface.

What have you guys been reading or planning to read?
Book meme FCFPTI First Chapter first paragraph Tuesday Intro getting to know me